My boyfriend, “Bob”, and I, are in a committed relationship. We’ve been together for the past nine months, living together for six. Yes, we moved fast. For the most part we are super-compatible. We’re good at dividing household chores and bills, we are supportive of one another, and our sex life is great. I can picture us spending the rest of our lives together.

–Just Me In The Bed

~~~~The Bartender and The Priestess Respond~~~~

P: Here Terri, hold my shawl and my drink, will you? Because I’m going to need both my hands to pull my hair out, k?

Presumably no one in Mr. Threesome’s life has ever thought it was their job to satisfy this fantasy… which is to say, so far he’s failed, but he thought maybe you could pimp his dream for him? Nice guy.

B: I want to echo Ann and emphasize that as far as couples go, a “sexual bucket list” is one that should be mutually shared by the couple. It’s not that all sexual exploration has to stop once you commit to another person. It’s that the exploration should meet both partners needs OR, at the very least, doesn’t jangle one partner’s “Ick” reflex. When that happens, the other partner needs to be willing to let that “Ick” thing fall off the table. So if you were interested in having a threesome, by all means, you should, as a couple, go for it. But you’re not.

Because the thing about sex, despite the idea that clothes can be thrown off with reckless abandon and it’s just skin, is that you are, at that time, vulnerable. You are, literally, naked. You are—especially as a woman—literally opening yourself up to someone else. You are as physically close as two people can be. If you’re not going into the bedroom joyfully (or at the very least, with open-hearted acceptance), then you shouldn’t go. 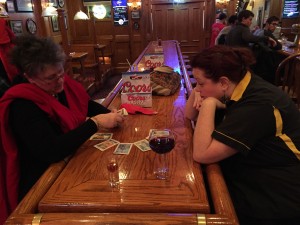 P: And actually, this is really the first thing, which makes all the other discussions sort of moot? You’re not interested. No means no. Anything else is coercion. Coercion/Persuasion to do something you don’t want to do doesn’t really fall in the partnership model, it falls in the sexual assault or maybe just harassment model.

P: For real? WORK??? He’d like you to waltz into your work place, where presumably you have a career that’s important to you, and not to him, btw or he wouldn’t be asking you to screw it up, and solicit someone for sex? Someone, who would then have all sorts of private information to hold over you. This looks like a great idea if you’re working on a program how to derail your career in a couple easy steps. There are reasons we don’t have sex at work. Almost all of them are valid.

B: Absolutely. Repeat after me, dearest: BOUNDARIES, please! I’m concerned about Bob’s willingness to point out his desired partners from your pool of friends and co-workers. Work is not the place to look for kink playmates. That’s what Craig’s List is for. Are you supposed to view everyone in your life as a possible sex partner? Or more than that, as a sexual threat? Are you supposed to feel jealous or possessive or “maybe this is the one?” every time you’re around another attractive woman? That doesn’t lead to sexual autonomy or healthy decision-making. That’s a constant stressor, and will find its way out in overreactions, or a poor work environment. Stress will out. If you did agree to a threesome, insist that he stop pointing out which members of your social circle he’d like to sleep with and engage in finding third partner as a couple, and insist that it’s someone who’s independent from the rest of your lives.

P: Yes, it was early to move in, and that’s a problem because you need to know someone a while to know whether or not he’s going to start lobbying for you to do something you really don’t want to do “for him.” Because what’s going to happen when you say no, I’m not interested?

What will happen when you say, no, in fact, I’m not interested in a man who puts his fantasy above his real relationship?

What if he likes it and wants to do it again? Do you say no then? ‘cause now you’ve done something you had no interest in doing with someone you work with who now knows everything about you and you have to leave your apartment AND your job.

B: You know, I see people all the time, at the bar, drowning out the aftermath of bad decision-making. Ask yourself how your relationship with Bob is, overall. Yes, you said you’re both good with chores and responsibilities and have a good sex life, and those are all important, but does he make you feel respected? Cherished? Secure? Free to be who you are? And the same goes for him. Perhaps he’s just a different person with a different set of values. The question is whether or not you can make your values mesh. If the answer to that is no, I’d recommend taking some time to strongly consider whether or not he’s the person you want to spend the rest of your life with. It can be hard to extract yourself from a relationship, and we often put up with more than we want because the devil you know is better than the devil you don’t. And it’s hard to accept that you can love someone but not be able to make things “work”. Adding one more person into your bed won’t ease this sort of contemplation.

P: Feeling beleaguered or harried or resentful or compromised or unfulfilled is no way to start a life together. This question bothers you enough to write in about it. Is this, potentially, a deal-breaker? If it is, then let it be your deal-breaker, and make peace with it. It’s your body, and it should be your decision how you share it. 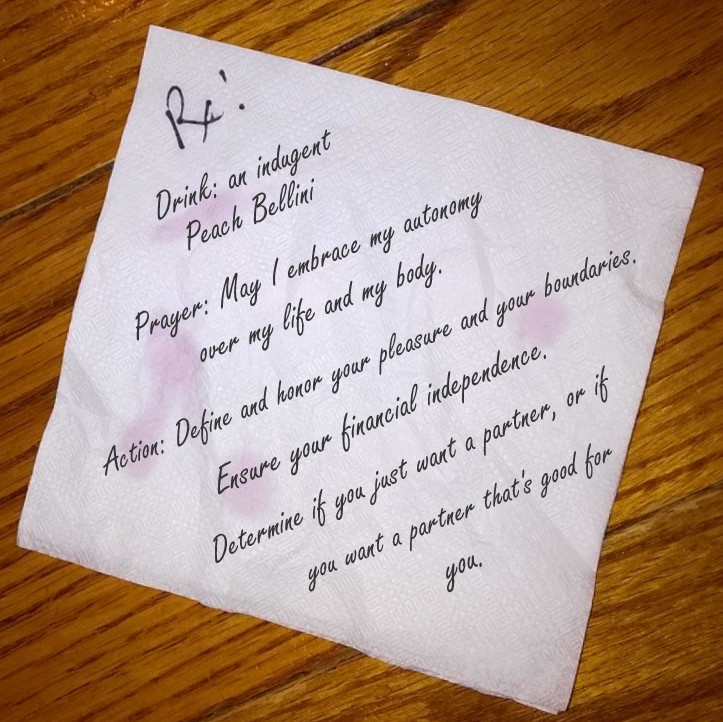