I have nothing this morning but the names and stories of those who died.

The 41-year-old pastor was leading a prayer service at the church when alleged gunman Dylann Storm Roof, 21, opened fire. Pinckney was remembered as an accomplished leader in the community.

Cynthia Hurd, 54, the manager of St. Andrews Regional Library, was remembered as a woman who spent her life making sure residents of the local community had opportunities for personal growth and an education.

“Her loss is incomprehensible, and we ask for prayers for her family, her co-workers, her church and this entire community as we come together to face this tragic loss,” read a statement from the library. Hurd worked with Charleston County Public Library for 31 years. Before joining St. Andrews, she was manager of the John L. Dart branch.

Former Charleston County employee DePayne Middleton-Doctor, 49, was among the victims. In a Facebook post, one of her family members, Laurie Middleton, said she will miss her beautiful personality, laughter, smile and love for all people.

“My beautiful Songbird. This is a hard one to Swallow. I will truly miss you my love,” she wrote. She was reportedly the mother of four girls and sang in the church’s choir.

The young man graduated from the school’s Division of Business Administration in 2014.

The Anglican Church in North America also confirmed Thompson’s death. Her husband, the Rev. Anthony Thompson, is a vicar for Holy Trinity REC.

Her daughter, the Rev. Sharon Rischer, confirmed to “GMA” that Lance died in the shooting. “I’m lost, I’m lost,” her grandson, Jon Quil Lance, said to The Post and Courier. “Granny was the heart of the family.”

Simmons was a retired pastor from another church in Charleston and attended the Emanuel AME Church’s services every Sunday and Bible study every Wednesday, she said.

Susie Jackson Longtime church member Susie Jackson, 87, was confirmed as the other victim. Her grandson, Tim Jackson, told WEWS that she was a loving person with an infectious smile. “It’s real, real hard. It’s challenging because I don’t believe she deserved to go this way. It hurts to process,” he said.

Jackson was active in the church, serving on the usher board and singing in the choir, according to the ABC affiliate.

May they be our call to the making of Peace and a demand for Justice: That the people may live. May our prayers rise and lead us forward. 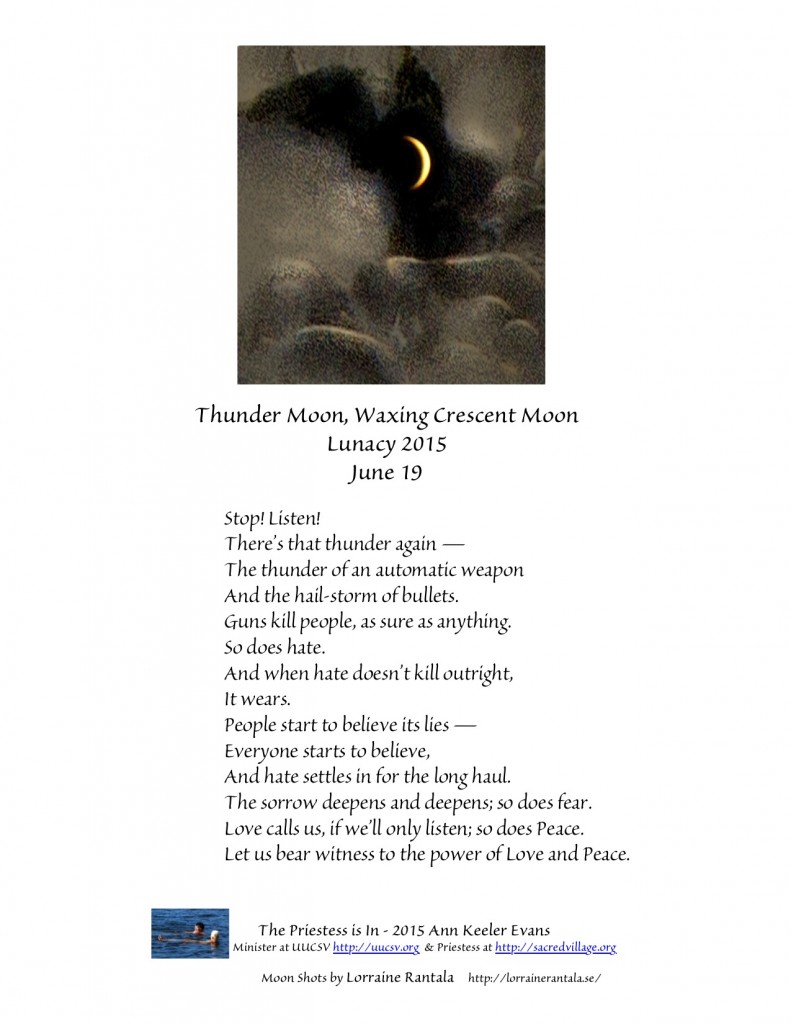