Swimming. it’s such an odd thing for me. When I’m in the pool, it doesn’t feel any different than it ever did. The magic is as magic as ever.

It’s the only sport at which I’ve been halfway competent. (very little falling down, i like that!)

Only sport in which I’ve felt the beauty of my body doing what it’s supposed to do.

I can get in the pool after ‘way too much time off and still swim. I get out of breath, but nothing hurts as a result… just a little achy muscle, waking up from not being used.

So it’s always a surprise to catch sight of myself in a mirror… and see I’m not a skinny teenager. And neither were any of the women swimming with me.

Thank goodness for the other women. I love the swimming but the casual conversation and the laughter encourage my attendance.

Some of those women are hella strong. it’s something to aspire to.

But it did make me laugh to see a couple young women. They’re so beautiful. So strong. And no one was ill-mannered enough to gawk… but i remember thinking i would always have that skinny girl body.

I learned early, however, about women’s laughter. I knew about my own experience at my women’s college. And then 5 years after I graduated, there was a problem at school and all the alums showed up. The women we’d dismissed as bluehairs? HA! solved the problem, with guts, ingenuity and money. And oh, my goodness, could they laugh!

I knew then that I was safe in my future, although I was equally sure I’d always be skinny.

Well, there was a curve ball!

But laughing and swimming, they both stuck with me and I stuck with them. And they always make me feel like a girl. And isn’t that great. 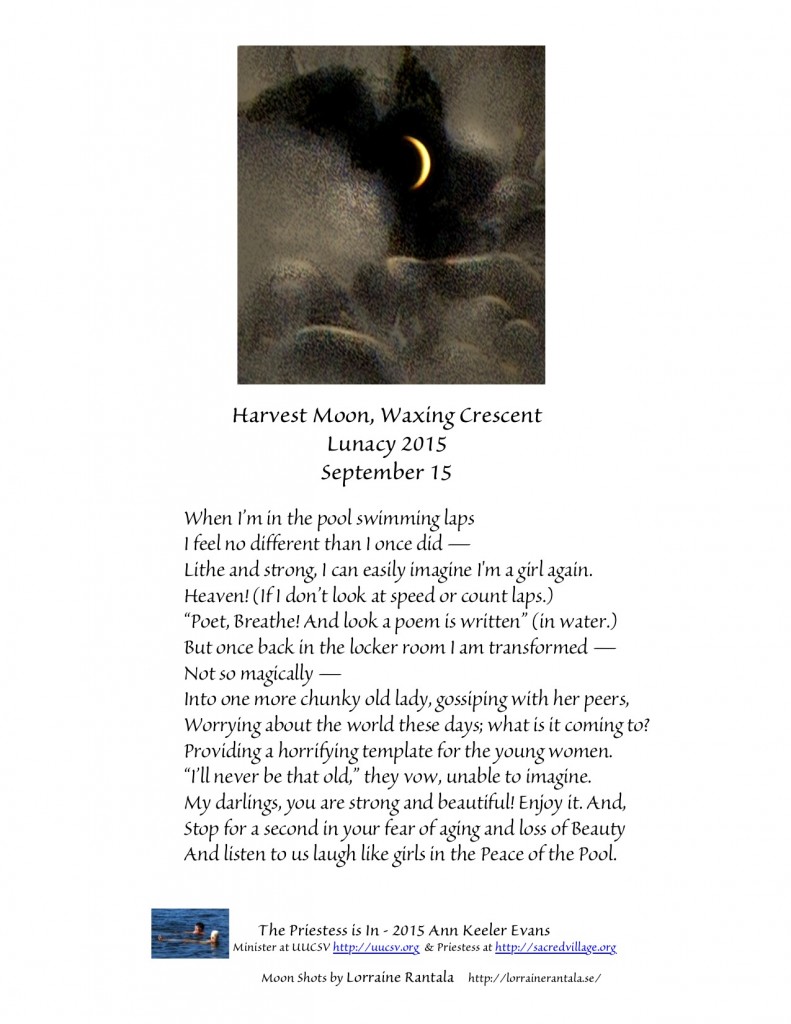