How sad. A man who represented the best of Belief and Hope in my life is gone from this world. Generation after generation has found a hero to lead them. Mandela was a man for our time, and as the president said, for the ages.

His words about leaving his hatred and bitterness inside the cell he was leaving ring… We have to notice the evil, accept that it has happened to us, forgive ourselves and if we can “those who trespassed against us,” anticipate that the world can be better, believe in a new world.

My church choir is currently working on an anthem, entitled “You Are the New Day.” (words by John David. It’s a beautiful song about the impending nuclear holocaust and the hope that we can be the difference needed.

And isn’t that always the question. Can we be the difference needed? Those of us who lived with Mandela’s shining example, can only answer yes. We don’t really get to whine, “it’s too hard,” when you know that this quiet, dignified man underwent the greatest degradation and hardship. And through it all, he believed.

Mandela was not the only miracle maker in South Africa. Many other people did their work and lived in great dignity. But he was no less great for that. He accepted what happened and moved to make it better… through it all he believed. Shocking and wonderful. And shows us a way. Maybe in fact it was his Belief that transformed him and the whole world.

What do you believe in? And how is that Belief going to help you to make a difference? Because that’s the real question to ask of Belief. He believed in Peace and he led us all there. How do we, you and I, get to Peace… 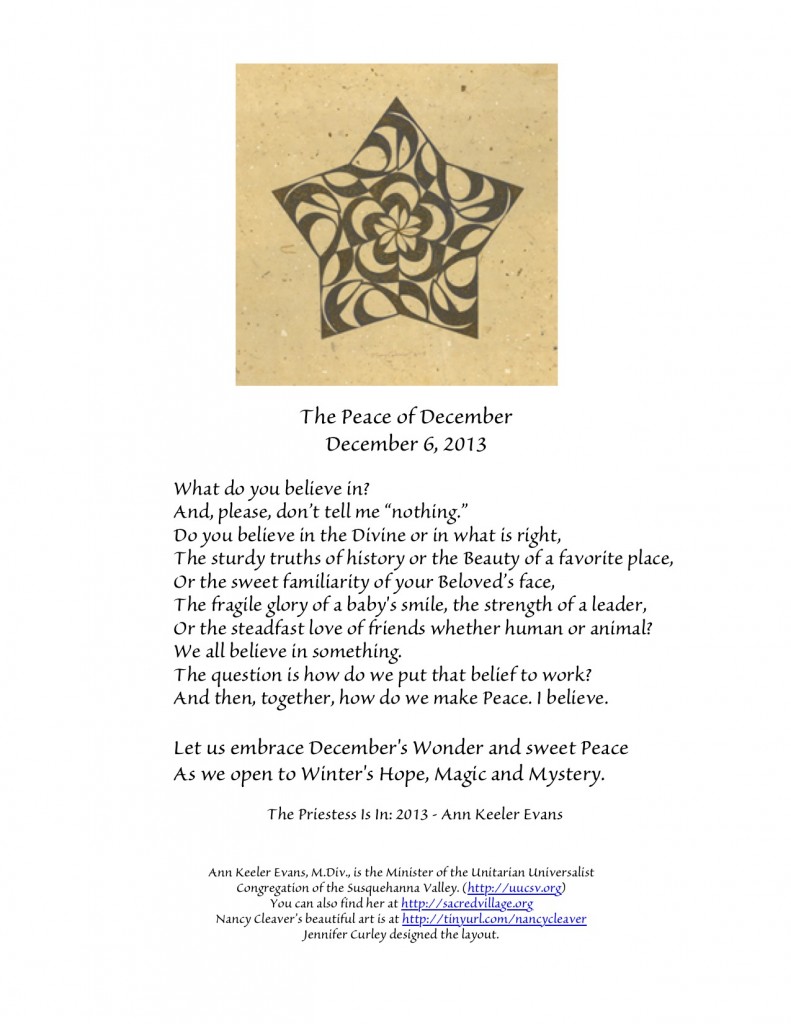