Appreciate. Esteem. Honor. To know the worth of and to value. To understand the implications of. To take seriously.

Hard work, all of these. Tricks of the trade too infrequently brought into play. We rarely even use the words, let alone exercise the skills….

For example, to appreciate Nelson Mandela is not simply to see who he was as he died, but to understand who he was to become that man. There’s such trash on the internets at the moment, decrying his early actions. Really, do you not understand how a man has to be someone spectacular to grow through everything that happened to him to become the man he was?

After two plus decades of hard labor he chose to leave bitterness and hatred behind. To appreciate Mandela is to esteem him, but it is also to understand those implications. He made space to transform himself and to be transformed. In that space he transformed his people, his country his world.

I appreciate his courage Peacemaking. I appreciate his journey. Not fully, I’m sure. Nothing has ever been that hard in my life. I pray that nothing ever will. And I pray that lack of hardship doesn’t limit my ability to pour myself into Peace. I pray it doesn’t hinder you. Let us Hope. 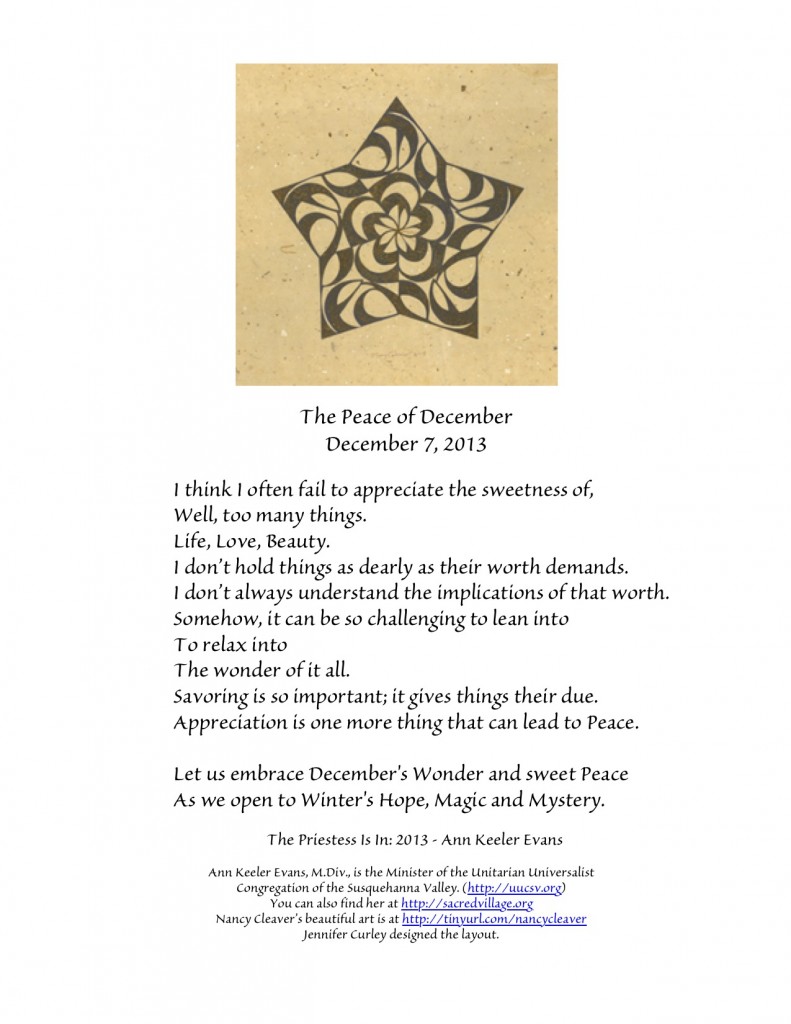