Anyone who knows me knows  can drop into a story between one heartbeat and the next. I’ve always cherished the notion that the animals speak at MidWinter so all can hear. In all the stories I’ve read and written, they speak Peace.

In my story telling mind, everyone speaks Peace except for us. I do what I can, I do what I must, but the humans need a louder chorus.

It’s why I listen to the little creatures in my heart, who want their stories told. I know. There are places I could get locked up and you notice I’m carefully not saying the voices in my head… but if that’s so, they’re usually merry, so why complain?

But seriously, we need Peace. We just found out we’re in a drought. what measures will we take to make the Water safe? And not just safe for us. We kill ourselves, that’s one thing. But all of Nature doesn’t deserve to die because we’re asses.

So tomorrow night, listen for the whispers of the rest of the world. Listen to what the wild has to say. And if you’re not a fan of the Solstice story, it’s also told in the Christian World about Christmas eve…

All they are saying is give Peace a chance. Why won’t we consider this? 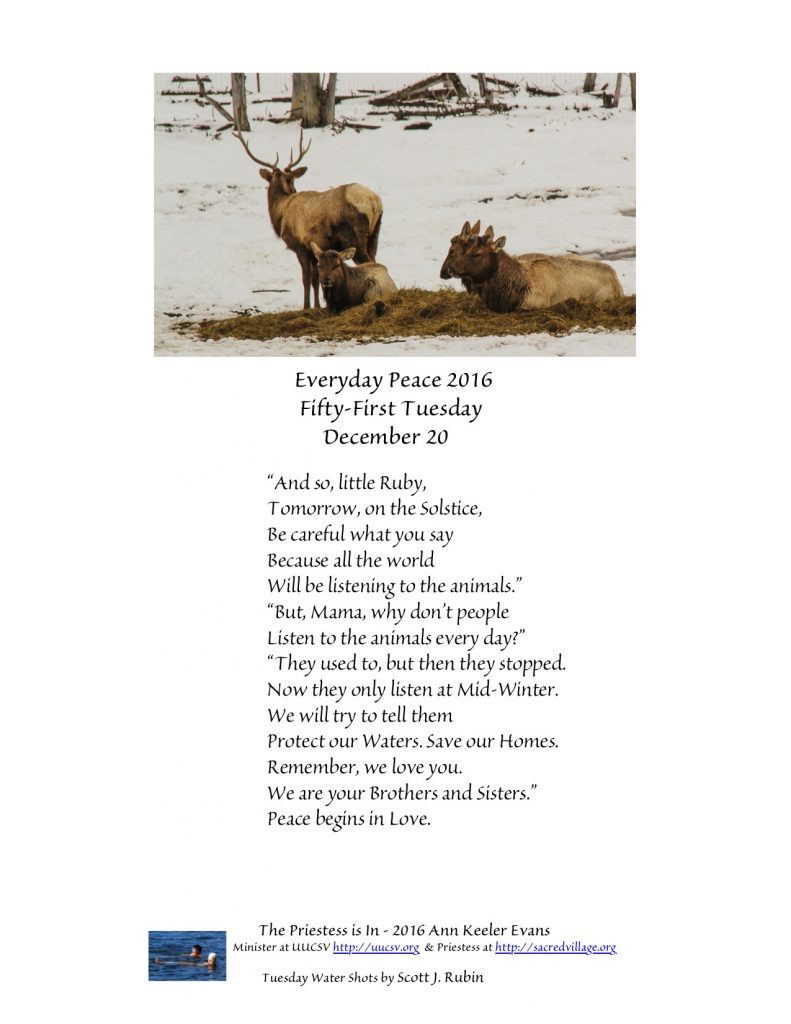