Summer foods and particularly summer fruits have a Peace all their own, I think. Although I tout the maxim that we should eat foods grown within a 50 mile radius of our home as I was taught in Chinese Medicine, I confess I lose sight of that when certain summer foods begin to show up in the grocery store far earlier than our fields are producing them.

Watermelon is one of those things. I could eat summer watermelon for breakfast every day.

So when Dag posts these pics and vids of her pack of wagging pups delicately taking turns eating watermelon, it makes me laugh and laugh. And completely understand.

Indulge in Summer it’s what it’s for. Share that indulgence with whoever your with. Let them delight too. Summer Delight. Summer Peace. 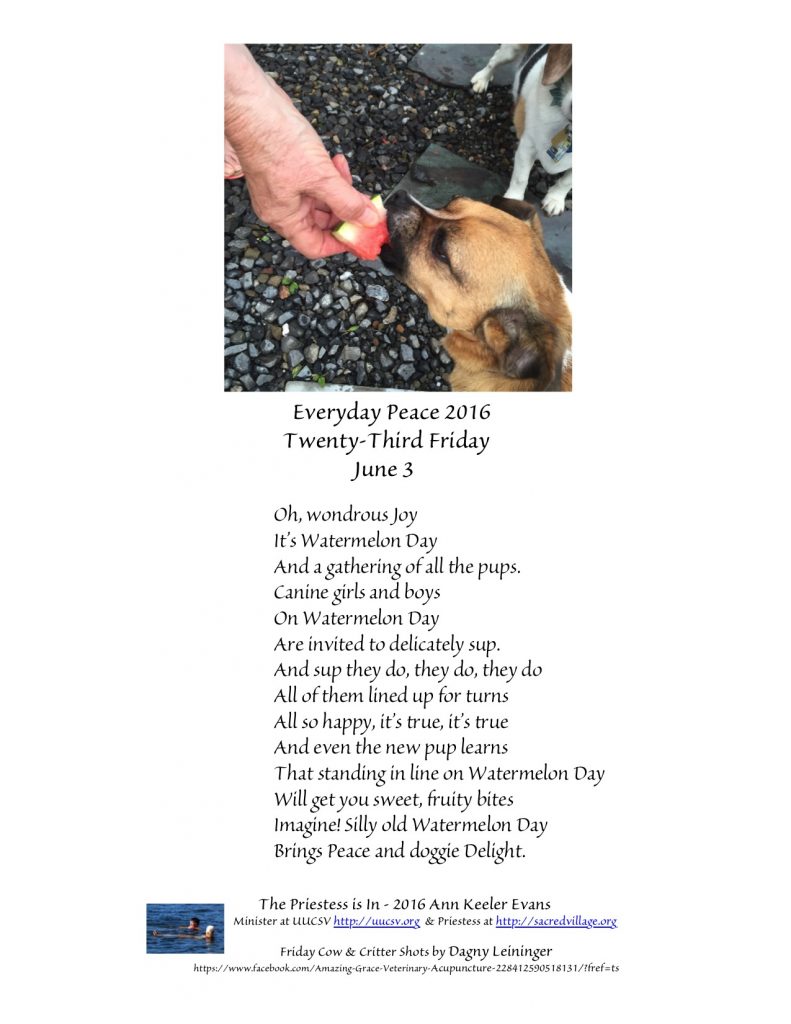 It was a great church potluck — it always is. Yup! there’s cooks in that community.

But once I got back in my car I realized oh, i hadn’t been a contributor. Because there sat the bowl of watermelon that I’d carefully prepared the night before. the big bowl. One that would hold the entire watermelon. You know, that one.

I don’t cook much, but I occasionally pull it together enough to help fill the table. And who doesn’t like watermelon? And how much longer will they be around? It’s a long time without watermelon.

Although let’s be clear. I’ve eaten my way through a watermelon before! It’s not an onerous chore!

And I guess I’d better go start to be the woman who gets a job done.

There are worse assignments in the world than making Peace with a bowlful of watermelon and the end of summer. 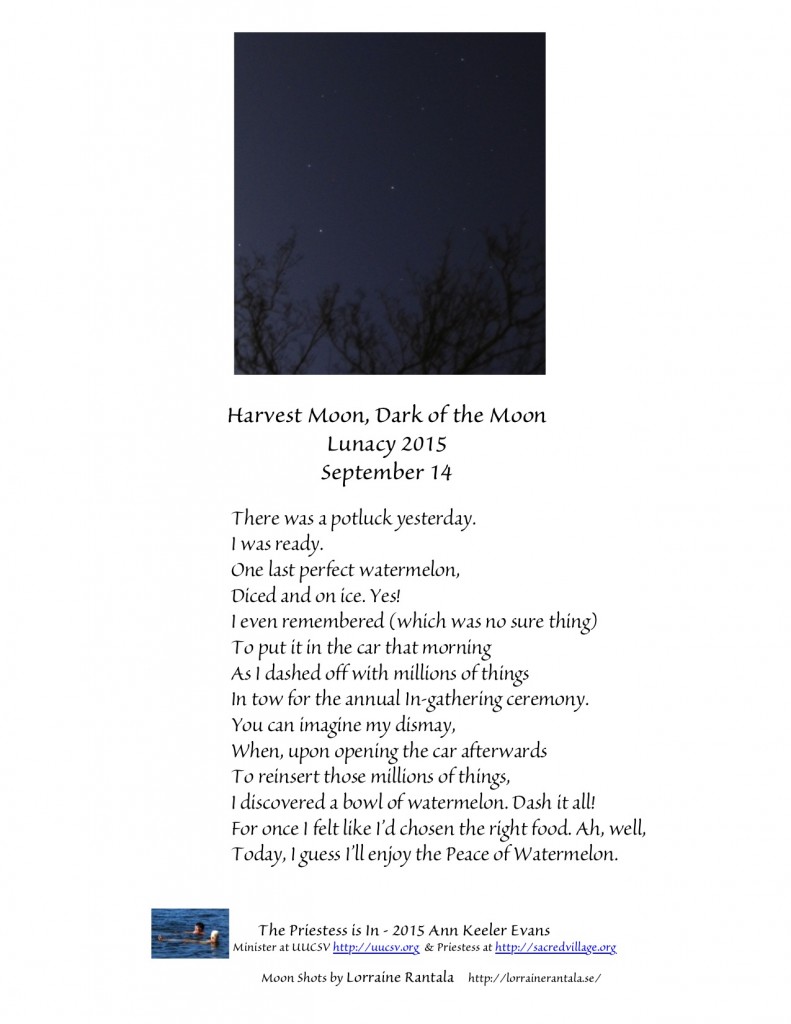