I did something very hard yesterday, and I’m proud of myself. And important note to self: I survived. Did I do it as well as it could have been done. Mebbe not. But it was a first step. I took action because what happened was beforehand was ugly and petty. I took action because I could stand for my friend, and not standing for her, meant saying what I believed didn’t matter very much.

Because it was about my friend, it was easier to take a step that scared and intimidated me. And I knew that it would scare and intimidate the people I talked to… I knew I had to find a way to connect to the people. I schemed. I practiced. And in the end, just did it. And partially, I did it because I told you I would. So thanks for that. Thanks for being my community.

It’s not that I need anyone else to think I’m a hero, It’s that I have to remember that this is doable. I can stand up. My faith asks me to do that. My courage sometimes falters. and if so, then shame on me. And friendship asks me to do things. I guess I have to say that friendship is a really big part of what I believe to be important. James Weldon Johnson: “I’m lonely, God said, I’m going to make me a world.”

Sundays aren’t all Sabbath for me, for me it’s a working day. But the end of the day will be a down day… I might need to find a body of water to stuff myself into. Summer time. Peaces. Tomatoes. Corn. And a good book. Peace, it’s an up and down thing. But there’s no up if I don’t stand up, step up and speak up. Guessing it probably needs you to do the same things. And really, I survived. 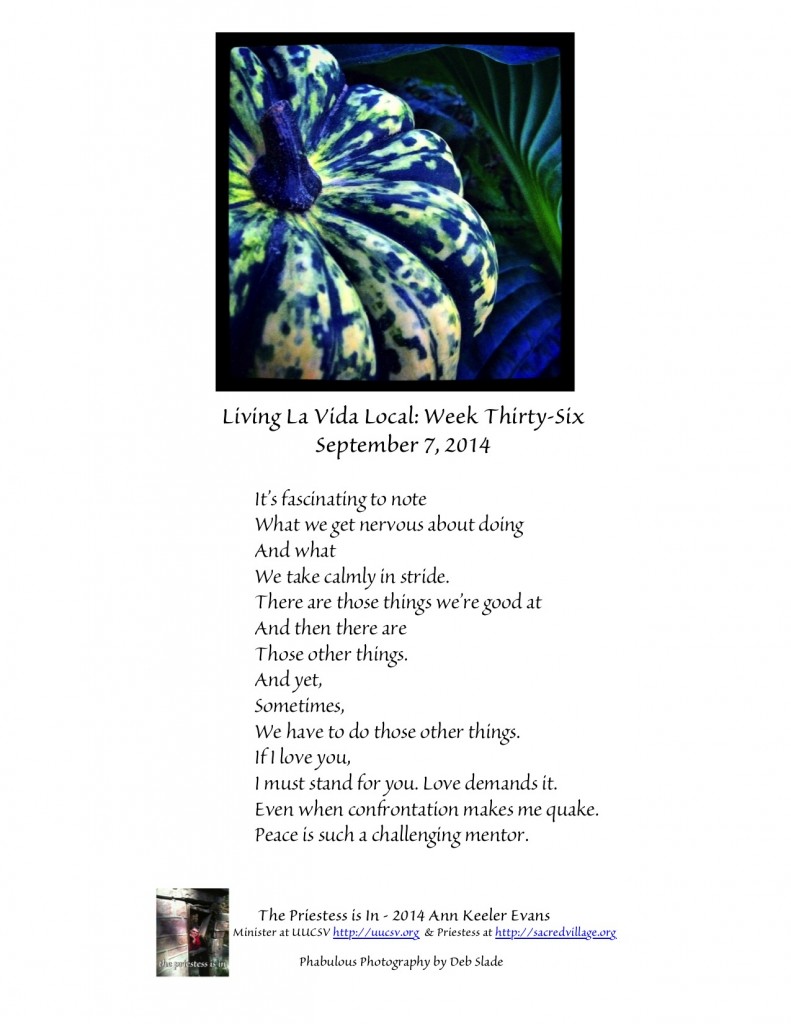