Well, it was difficult with an evening like last evening not to have the musing turn back toward Paradise.

There we were, the temperature was perfect (and there were no bugs!); the food, amazing; the patio, filled with friends; the moon was up and the band was smokin’ and mellow by turns. Steve was playing again! His wrist is getting stronger. That would have been enough… but he’s not just playing he’s playin’ those drums. oh, such joy.

What a life of privilege I lead.

And I’m grateful for it, because all last night I thought about what I had to do this morning, and was uneasy. But I did it. I went and sat down at a table in the restaurant I often go to and told them that the racist jokes have to stop. The one guy looked at me and said, I wish you’d been here 5 minutes ago the guy just left. But it was really just that everyone laughed. And he told me he’d talk to the guy. (I don’t know if he knew i wrote a letter to the editor about it, and that it was in today’s paper.) The guy I was sitting beside looked at me only once, he obviously was not open at all… And I need to decide. Do I just not go back? Do I go back for a bit in case someone wants to talk to me? Do I go back and take my whole tribe of folk and just begin to own the place? I don’t know. I’ll finish shaking from this morning’s encounter and think about it later. I owe it to everyone I love to keep thinking about it. I owe it to them and myself to keep stepping up. You can’t make Peace by ignoring the ugliness and the folk who can’t have Peace.

And I’m grateful that I have such fine experiences to sustain me. So that I can do what I’m called to do… And I’m glad and lucky beyond belief that I have such a wild, weird, wonderful community. Growin’ up. it ain’t for sissies. 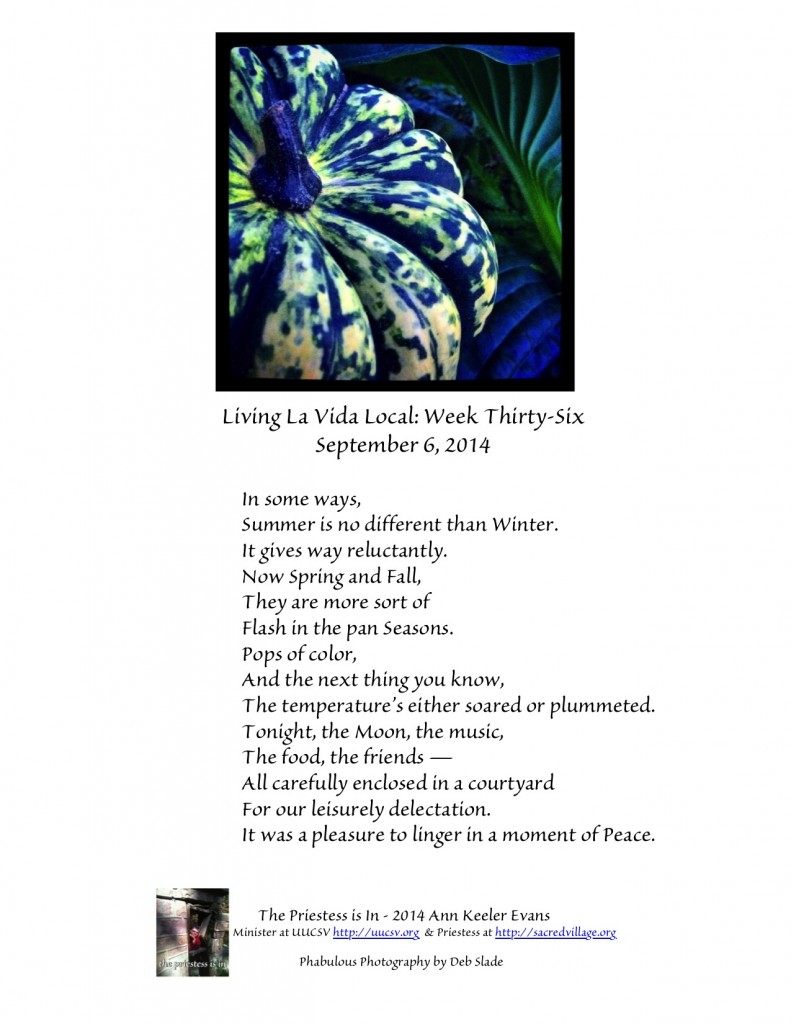