As Beloved Niece graduated, there were two ceremonies. The first, smaller, more intimate (uh, 1,600 graduates, is that intimate?) event I spent mostly focused on her. Although as it always does for me, ritual made itself known.

But the second event was huge and about the notion of commencement and the celebration of honors for those who either commenced earlier and arrived someplace important, or for those who were engaged in helping to shape both these young minds and the process of education and study. It was large and sweeping and moved from the intimate to the grand and bold.

It was a lovely public ritual, secular, inclusive, effective. The graduates felt both tied to their groups and launched into the world. As I quoted only last week, thinking about our church’s bridging ceremony, “letting them grow, but not letting them go.”

Such a ritual helps make order in the lives of those undergoing, provides a benchmark for those who have been observing, supporting, celebrating the graduates, and gives those not yet there something to which to aspire. (and I should have checked, but I’m sure the stock in Kleenex went up around the world on graduation weekend.) Secular ritual can also unite people across traditions and culture… creating a large oasis of Peace, as accomplishments or yearnings are celebrated. On that day, regardless of where you came from, what mattered was that you had completed the requirements of the degree and were being admitted to the ranks of graduates (with all the attendant privileges and responsibilities hereto attached!).

And for me, such a strong reminder of why I do what I do. Ritual, it does a body and a community good. What a privilege to be part of people’s lives in this way. Celebrate! And by the way, Hannah, your auntie is so proud. Way to go, my dearest! 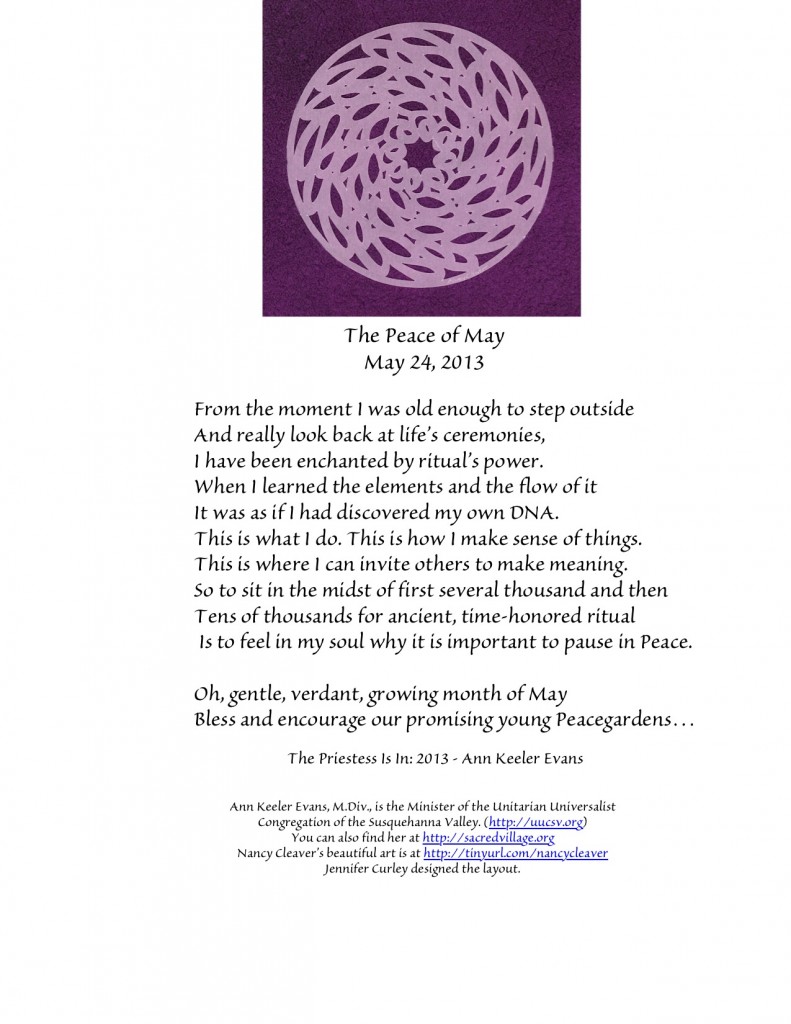