I find the story-telling cultures and traditions fascinating. Perhaps I like them as much as I do since my culture has wandered so far from that custom. But in Ketchikan we encountered the totems. There’s a Native Enclave where people have gathered to preserve culture and totems alike. There’s a long house where they teach about their dances and songs. And ther are artists who repair old totems and create new.

The poles tell stories of lineage. They honor lives and loss. Two of them in that village tell of the interactions of the white people as they came to Alaska. Seward was reviled for not bothering to understand the potlatch tradition, receiving the tribes gifts and giving nothing back. Lincoln wasn’t much liked because as Alaska became a territory, they had to emancipate their slaves, which detracted from their “wealth!” Ah life is complicated…

But the poles are fairly simple. Your clan and all your relations were depicted on your totem. There’s something fairly wonderful about that. 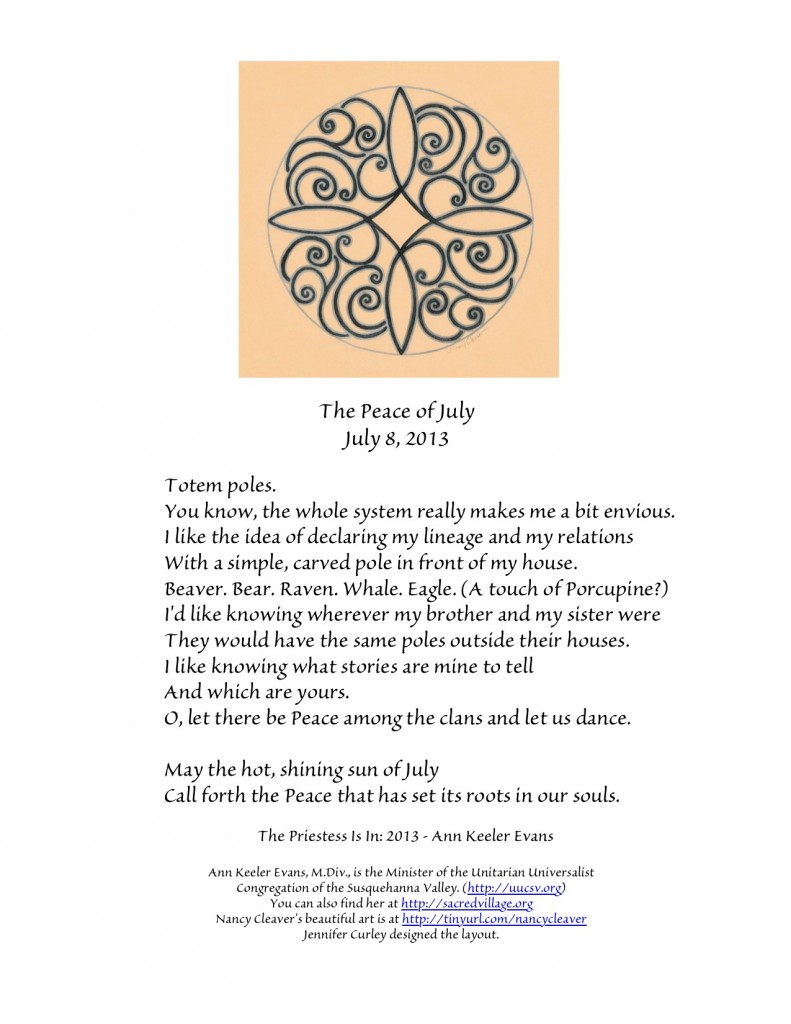