We don’t live at the equator, so the sun casts a shadow every day. I’m so caught by the notion of standing still occupying only my place in the world.

Maybe on this day, we could consider choosing the kind of shadow we choose to cast.

I’m happy to offer shade. I admit I can giggle helplessly when my shadow does silly things like crawl across a floor only to crawl up a wall. I’m not one of those people, but I’m entranced by people who can make their fingers fly in the lamplight, telling a story of faces or animals.

But in the face of the climate change march, it was easy to think about shadow as a stain… as something we leave behind with our passing, something we do without noticing. It was interesting to consider that…

I want to cast a shadow of Peace. As much as I can, I want to be conscious of, to be present to, the trail I leave. Peace. Doing it. Being it. Casting it across the world. 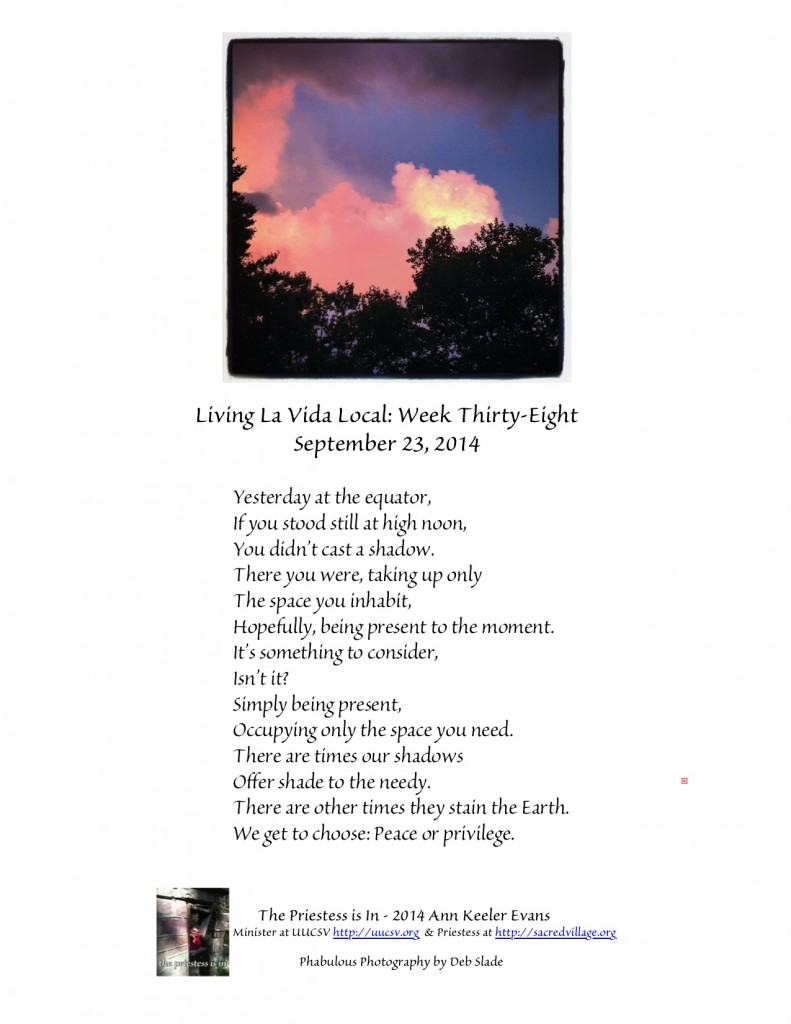