It often seems that the sacrifices we make these days are of the things that might save us. We’ll sacrifice relationships for rewards. (And we develop relationships with people on FB rather than, say, people.)

Let’s be clear, I’m not pointing any fingers here. There are plenty of cues I miss… Plenty of times I opt out of life.

Sacrifice seems so last mid-century. Everyone sacrificed. It was hard work, we didn’t like it. So we stopped.

Now things continue that we could change. But we don’t.

Was there a perfect era? Was everyone happy, safe, homed, fed? No.

Was there a sense of connection to something communal? Yes. Does that instill in us a sense of obligation to that bigger thing? Yes. Did it take investment? Did it take sacrifice? Yes, that too…

When we don’t take Peace seriously, when we are not responsible to it, the world continues to devolve. Someone asked an expert on Palestine the other evening what would change the war. He said what was required was for the trickle of interaction between the people would need to become a river and then a flood. That everything in the economy of other countries was angled toward that particular war. Only the people can change it.

It would take hard work. It would take sacrifice. But Imagine. We might be part of what brings Peace. The Peace on Earth Season is right around the corner. Let’s consider Peace. Let us make offerings small and large to Peace. That might put wonder back in the holiday season! 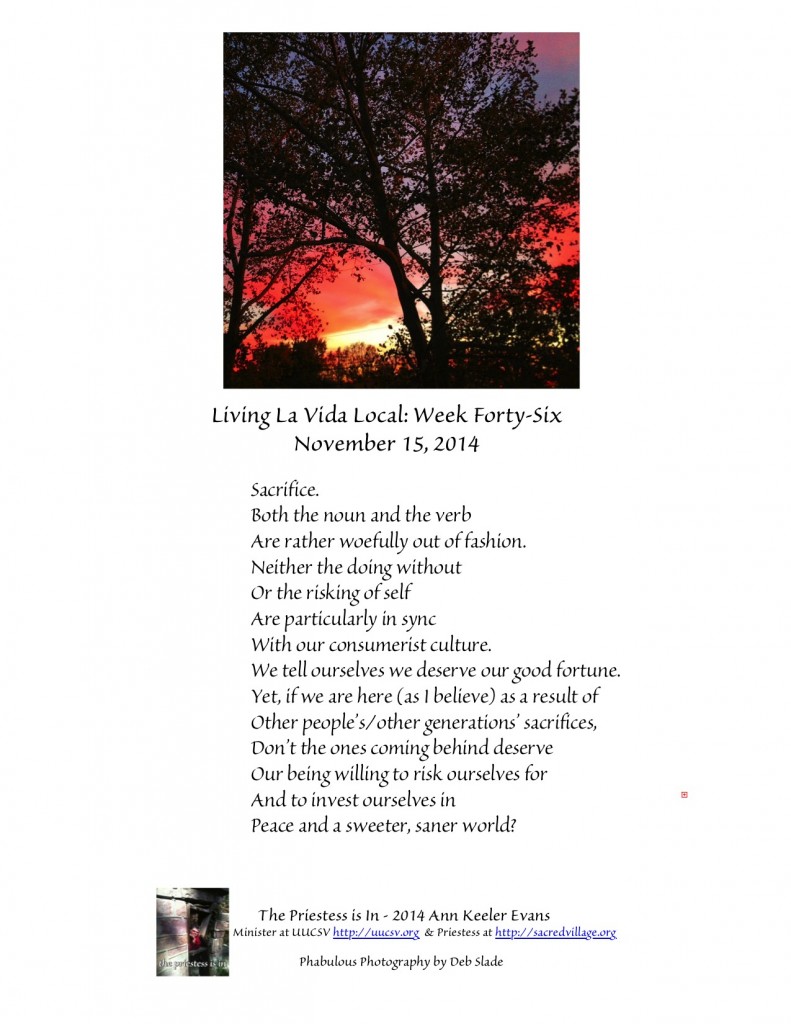