it has been so cold lately that the ocean has frozen. The ocean freezes more slowly than sweet water because apparently the salt displaces the ice that would like to form.

This isn’t the first time the ocean has frozen, but it is believed that it is the first time anyone has recorded the phenomenon of the ocean being gelatinous with ice so that the waves still rose and fell (albeit soundlessly) but slowly.

A surfer/photographer took it, and no other pictures or videos have emerged.  Scientists say they’ve never seen such a thing or heard of it. One guy in the right place at the right time. And he never turned on his cell phone.

It’s a good thing to remember when the world seems out of control. It’s a good thing to take some time on this cold winter day to reflect and consider what it means that things are still happening that have never before been seen. That’s not all bad.

They say the cold is breaking. That would be a lovely thing. But in the meantime, make Peace with what is… you never know when you might see something new and wonderful under the Moon. Happy Sabbath. Happy Peace. 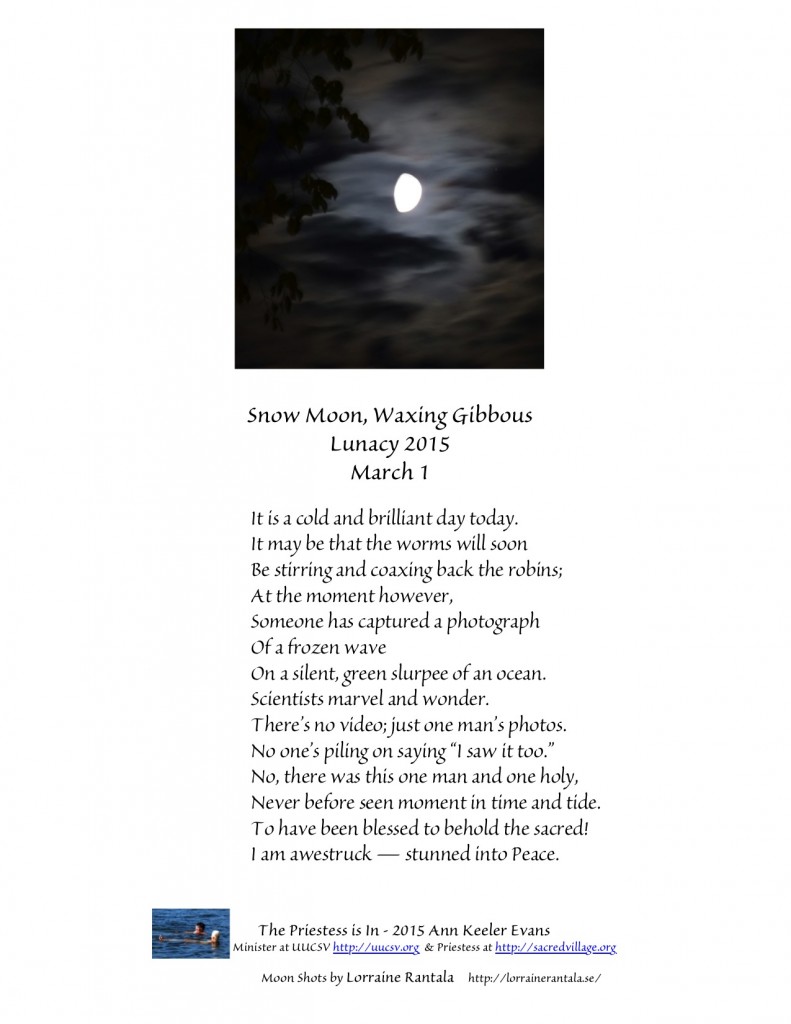