When I lived in New York, right after college, I had interesting glimpses of my neighbors’ lives through their windows. I would see people cooking, or getting ready for bed. There was the naked lady, the man with his little boy, the woman with the three barking dogs. But I didn’t know anyone except the people in my building. We were an exception to the rule because we were all small town girls and boys in a small walk up building.

I later found out that my Swedish sister and I lived on the same block for two or three years and we never ran into each other. (and there was no email and fb!)

Oakland was a little different. Aileen Street was a real neighborhood. As renters Jenn and I were part and not part of what went on. But Jenn had Legos, so she was pretty much Aunt Central. And we wormed our way in since we were willing to sit on the stoop and nod and chat as neighbors walked by. All these years later, she’s still there.

And then back home to little Pennsylvania towns where you wake up and the guy down the street is snow blowing the 8 inches of heavy snow off the entire block and walking the machine around our cars that had just been plowed in. That left me to dig out what he didn’t get. Participating in one another’s lives. Being kind. I’d gone out that morning expecting to spend several hours digging through to the street. I was back in within 1 1/2 hours. It was a lovely gesture. Most mornings I love the shoveling — snow as prayer. But so far this year the snow has been light and easy to push around. This was not. This was not meditative snow. Gratitude abounds.

And we can’t forget that while I’m reveling in the sweet white stuff, 800,000 people are without power in the cold (and dark). Prayers for them and for the folks working on the downed lines and non-functional equipment. 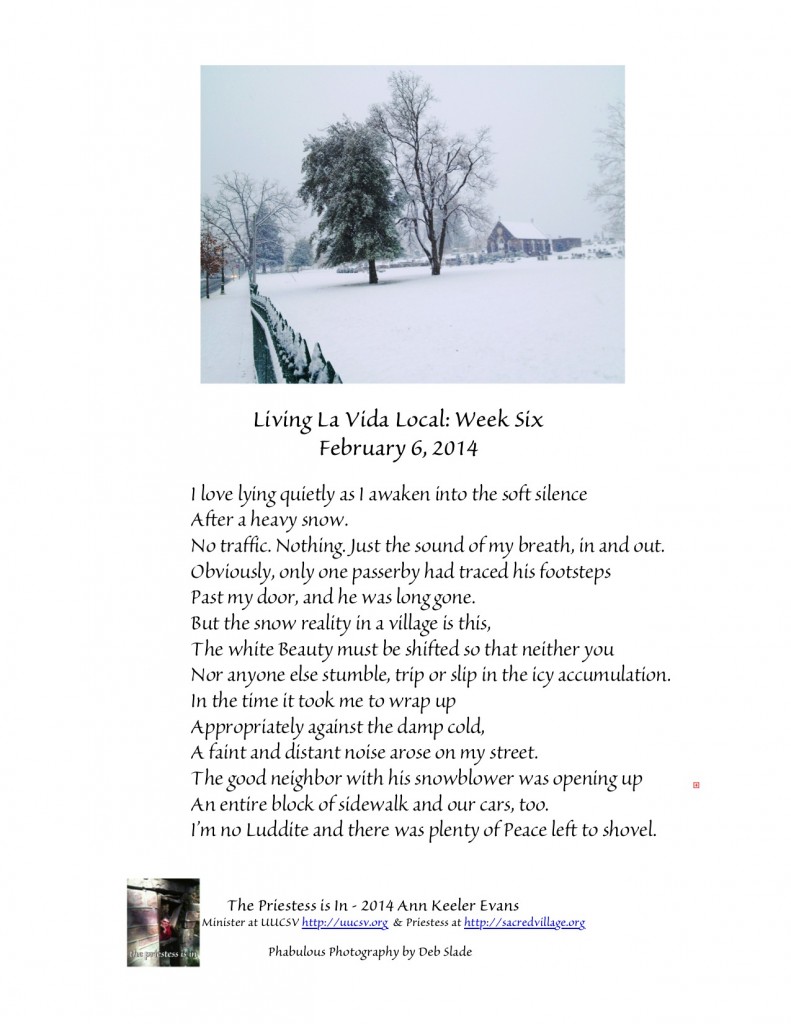