I think too often we think of Peace as sort of a milquetoast cousin. (Caspar Milquetoast, cartoon character drawn by HT Webster (1885-1952), American Cartoonist. a very timid, unassertive, spineless person, especially one who is easily dominated or intimidated. Do’t you love that word?) But any way Peace. It gets thought of as sort of soppy, and saccharine. Or such an esteemed ideal there’s just not arriving at its boundless possibilities.

But it’s not. It’s strong and persistent. It trickles the idea of itself into even the most recalcitrant soul. Peace.

Yesterday, just a day after this picture was taken, was cold and blustery. This morning, despite the wind’s bravado, there are still leaves proudly dancing. They’ve made their own Peace with this season and they’re leaving in their own time. In the meantime, there’s Beauty and Abundance and Color. And no small amount of Joy.

There’s a lot we could learn from that, don’t you think? Peace… it’s never out of season — and it’s always out of season, and that’s it’s beauty. 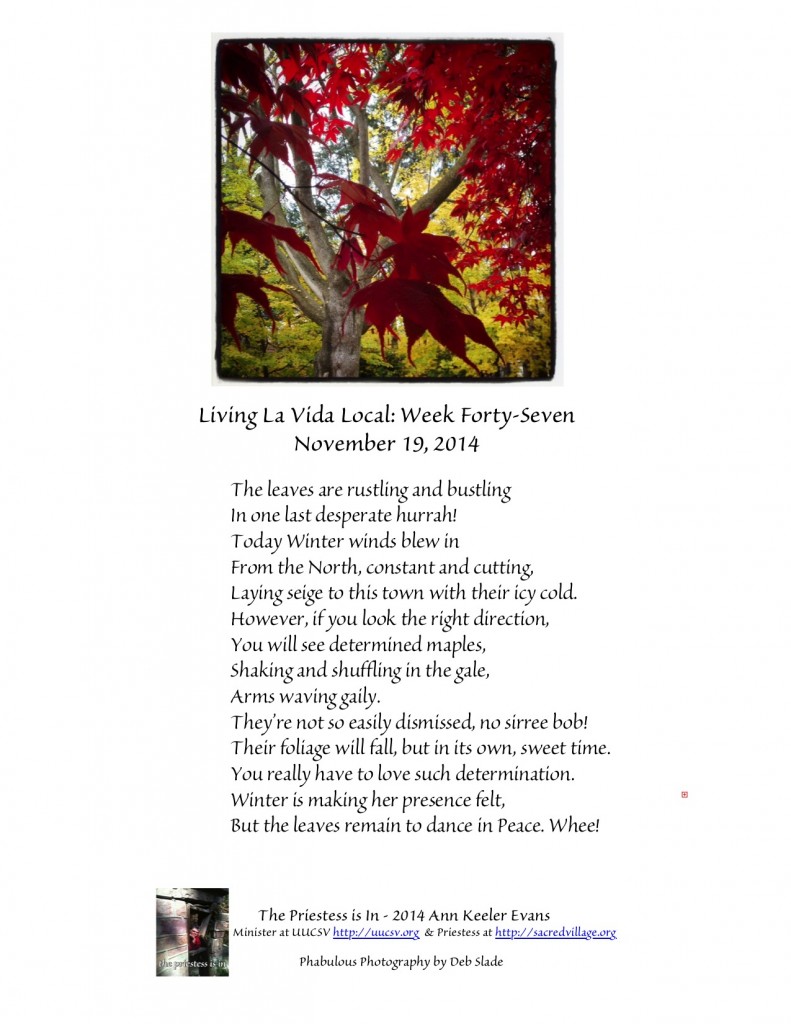