Well, today’s poem was indicative of the work-a-day nature of Peacemaking. I send this poem out to three different groups and each version of the poem was different as I would read the poem again before sending and think… oh, no, I have to tweak that.

Which is odd, so often the poems are written and that’s that. But I had to keep weeding this. And that’s the thing with Peace. You make a bunch of progress, but it’s never finished. There’s always work to be doing, tending to happen. The best gardens are well-tended. The best relationships are, as well.

When you’re moving across differences, which are both the delight and the dilemma of Peace, it’s so easy to fall back into old prejudices and then to mispeak. Then there are fences to mend and the fox to be chased from the chicken coop. (my goodness all this quaint farming analogy, you’d think I had the slightest inkling about what you do with dirt, other than use a Tide stick on it!)

We’ve been thinking about Peace for 4 months now. We’ve been making plans letting them work on us even as we work on them. Small, tender Peace shoots are now making themselves visible. Even though we will continue to dream, we’re now cultivating and tending our Peace gardens. April, with her luxurious blossoming is finished. Time to stop standing in awe and start weeding, separating, replanting, (But do take a couple moments to simply bask in the sun! It feels so good after all these months.) 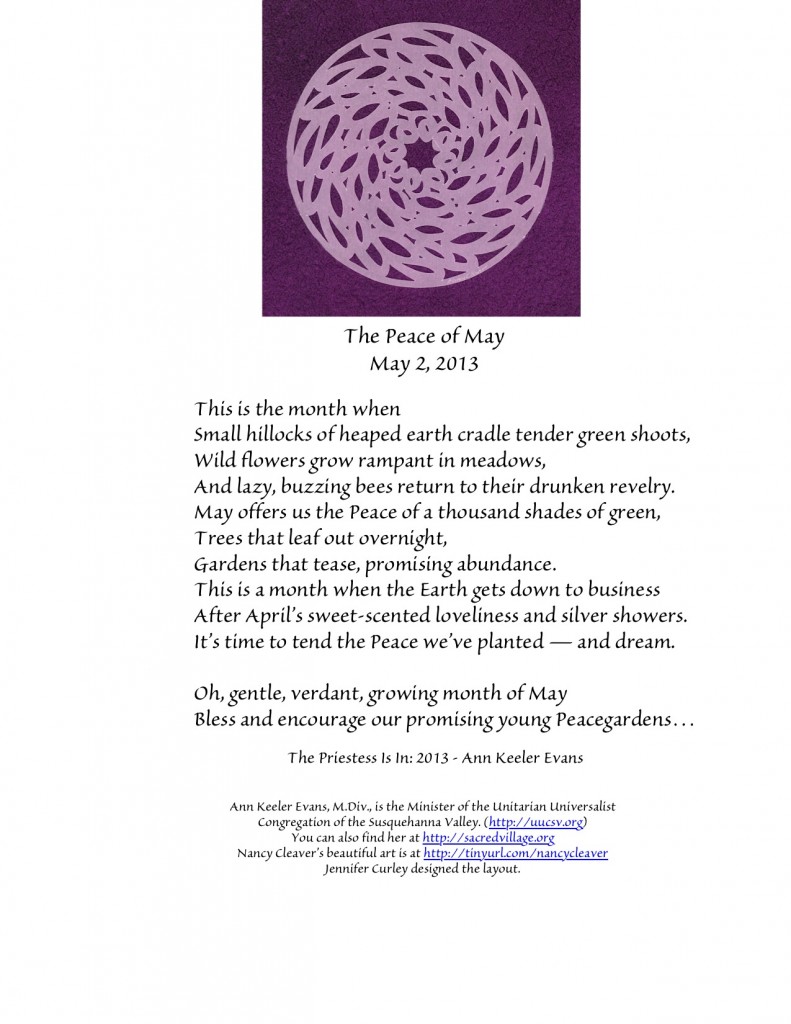