I was a bit lost yesterday afternoon when it came time to write the day’s musing… it’s not a common occurrence, but I’ve been doing this for three years, and it happens. I asked a friend, what should I write? Write about our ice skating escapade he wrote, about the web of life and how it causes community. Hmmm.

Now when I say “our ice-skating adventure,” you understand, I don’t mean MY ice-skating adventure. I don’t do that. I’ve never had great ankles, and I’m not all that steady on my pins. Those two pretty much eliminated any childhood winter olympic dreams I might have had! No, this was a church outing. Although I have to find out if they have those ice-walkers for adults that they have to keep kids upright. I might be more willing to try it again… and less likely to experiment with my “triple-klutz.” (although that may be optimistic!)

But the thought for the musing certainly had possibility, and it wouldn’t be the first time I wrote about something I didn’t do. I’ve written a perfectly lovely poem about biking, and my balance doesn’t encourage that, either…

But the notion of tracing the lines, that move from one single line carved in the ice to many overlapping lines was intriguing. that some of the lines in the web are straight and sure and some are wobbly and uncertain makes the comparison to the web of life more realistic.

And then, above the skates, all the emotions going on, fear, joy, laughter (i spared them my terror!), growing friendships and giggles. There had to be a game of crack the whip, right? That was always the funnest — even when you were the little being tossed off the end. So as lines were being traced, friendships were deepening, and memories were being carved into childhoods and communities.

A silly thing, really, just a day of enjoyment on the ice, but so many connections were possible — and many were made. Even if nothing deeper happened, here’s to winter and the fun of winter sports. Breathing in the frosty air is a treat unto itself! 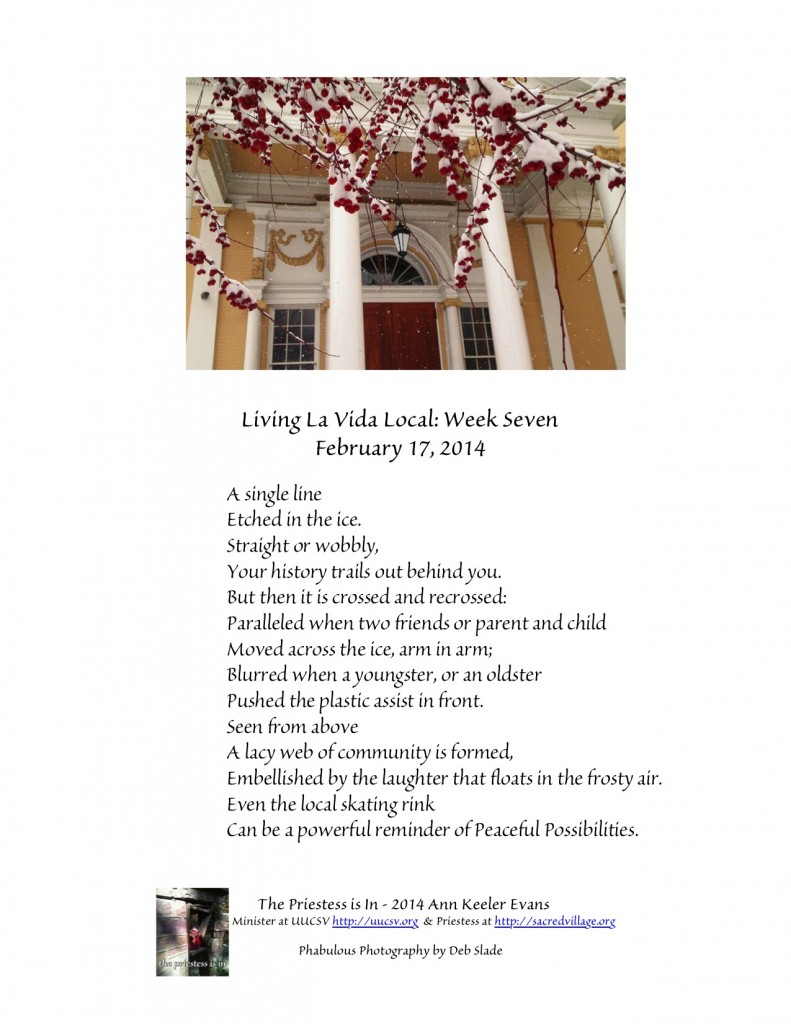