Tuesday’s ruling was a surprise. Even though I’d been seeing rumors, I hadn’t really been able to allow myself to hope. Could it really happen? Could such a thing be true?

For years, I’d thought what I’d heard, this will only happen when the Federal Government acts against all state bans. The work, in this state, was against the thousands of small villages and townships and cities and their codes that specifically allowed discrimination in housing and workplace. Enough small changes were made that SB & HB 300 are finally in the legislature and look like they have a fair chance of passing. Even our antediluvian governor seemed predisposed to sign this.

But then, boom. And there was dancing in the streets. It’s only now, a day or two later that the wonder sneaks in. If you have witnessed the pain of elder lesbians and gays, years of solid relationship under their belts weeping at young couples’ blithely assuming the right of hallowing their relationships, laws be damned, it doesn’t seem real or possible that, just like that, life is different.

The surprise isn’t lessened when you’ve tried to make your life a Prayer and a Witness for the change. It’s only compounded, I think. So many people for so long have lived in fear or at the very least been forced to accept their position as less than.

Here in a state where the assumption was that Life and Possibility could not stretch that far. and yet they have. Grace. Peace. and overwhelming Joy. Thanks be, to the All that Is! 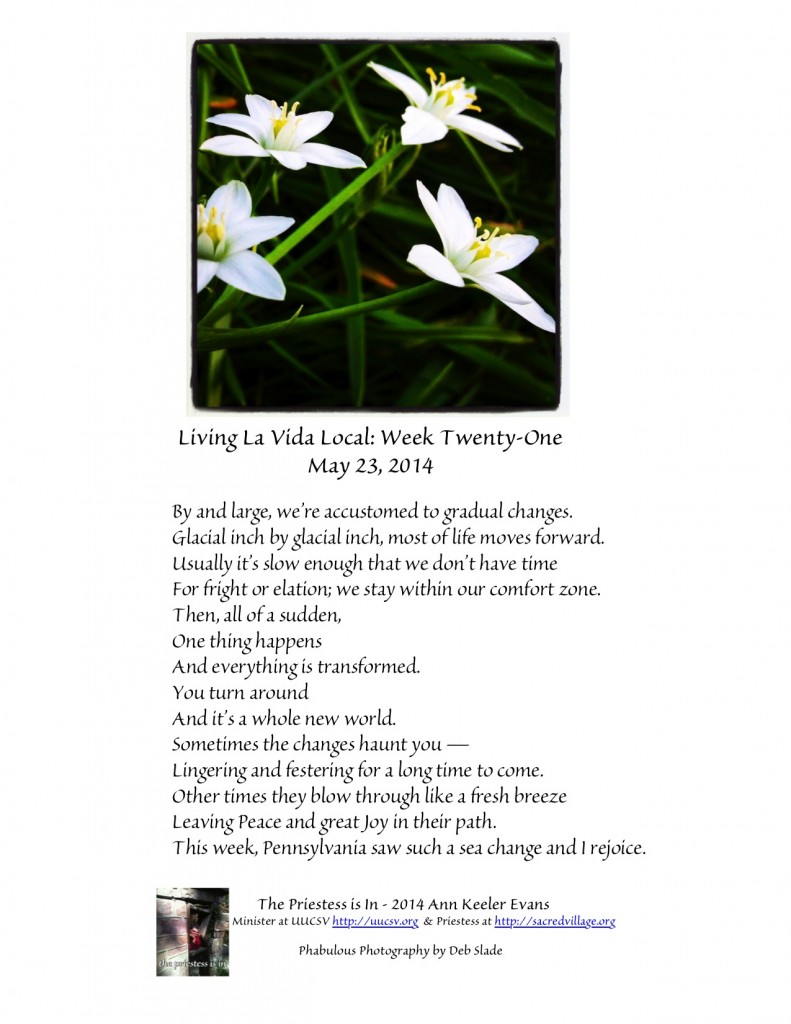