I grew up here. Although I’ve never handled a gun, they’re not foreign. Many of my school chums ate well through the winter because their families hunted. This is as true today as it ever was. And right now, our woods are overrun by deer, because enough are not taken for food. And there’s a long circular saga there.

But that sort of common sense dealing with firearms is far different than what’s happening in our country now. Oh, I know, Ann, not another blog on gun violence. But really, what else can I do? Why are people walking around with cannons? How far into unreasonable fear have we tipped?

I was about to do that stupid and inappropriate thing that says, I’ve lived in cities and I… I’m not the point. The point is that people are walking around in fear, teaching fear and convincing themselves that cannons are the answer. They’re not. Love is.

I fret that the American addiction to gun violence is staining our national soul. Here in the shadows the road to Peace can become imperceptible… can look ridiculous. But there are studies abounding that suggest that in cultures when suicide becomes accepted as a way to solve problems, that more people commit suicide — honor suicides that occur even when the problems are not that large, but are perceived to be that way. Don’t learn problem solving… kill yourself.

And the newest problem solving technique involves killing a lot of people and then suicide. Yes, I believe there have been a raft of these, increasing in numbers. Even if homicides are going down, this solution to personal problems seem to be increasing.

It’s a huge shadow to live in. I’m not sure how we change it… but I’m sure we must. The gate’s open for us to do something… We need to wake up to the problem. All of us. 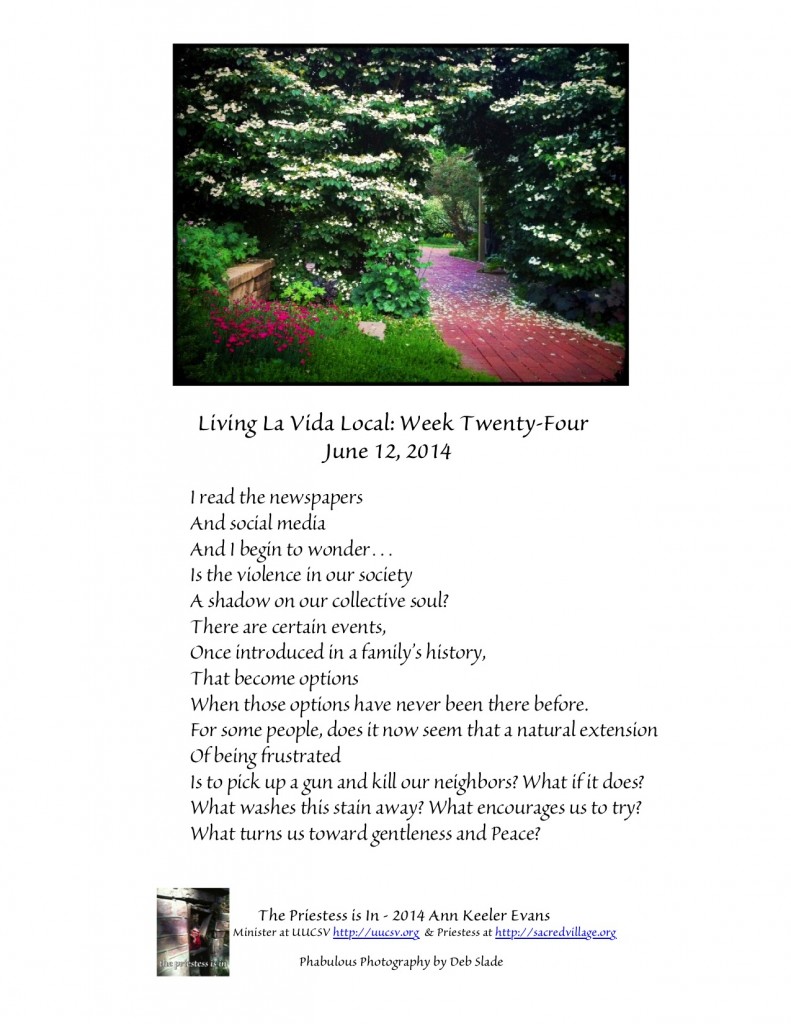