It’s going to be a Peaceful Sunday for Phil the groundhog after being rudely awakened this morning at 7:28. He saw his shadow and is headed back for another six-week snooze. Living la vida local in Pennsylvania, you pay attention to Phil. They’re now attributing atrocious poetry to him as well. Although, goodness, he IS a groundhog, so I’m not sure how well developed his poetic functions are!

A Superbowl winner I will not predict,

But my weather forecast you cannot contradict

That’s not a football lying beside me, that’s my shadow that you see.

Six more weeks of winter, it shall be.

Sorry Phil, had to redact a little. We’re having a little break in the weather, which was good for the 200 who plunged into the 39˚ river yesterday. After they broke the ice on the shore, there wasn’t much ice in the river to worry about. But it’s a pretty bleak day. Cozy in with a good book! Do something that’s your version of down-time.

Beloved husband is playing music today, I’m off to work. As always anniversary celebrations will wait and get fitted in to some leisure time. We’re not postponing joy, we’re extending it!

Let us recommit at the beginning of the cycle to creating the new possibilities for the year. Let us be the awakening light… after a bit of snoozing around!

And as for Phil, my sister must be sighing the big sigh of relief that she won’t be chasing his cousin from under the flagstones around her pool. I doubt we remembered to warn the new owners about the groundhog. Ah well, you live on land, you live in nature! So Happy many anniversaries to me (and to Steve) and burrow in, at least for today. Peace may lie in getting enough rest. But watch out when we wake up. 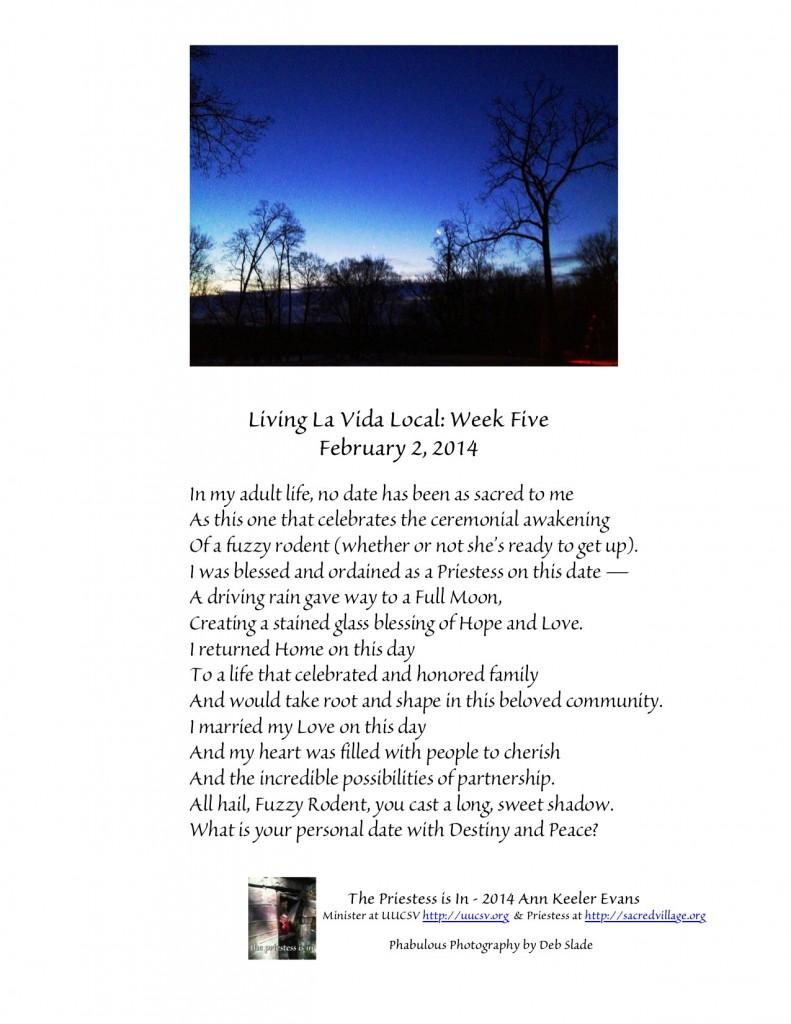