It suited the mine bosses for the different ethnic factions not to get along. No chance of a union’s forming if you can’t stand the cut of another man’s lineage. And so they did everything they could to fan the flames of dissent.

Living was hard scrabble and just plain hard in these mining towns. All the Flower Moon blooming in the world can’t pretty up the effects of mining on a small town. And now it’s hard scrabble because towns built up around a

Now you ride by little pretty little streams and there are warning signs posted about the ruination of those streams and the dangerously high rates of mine acid. The mountains are sheared off. Greenery is only slowly, after 40-50 years, returning to the hills…

People are so slow to learn. We didn’t “know” mining was bad. at the same time we were clear cutting the trees. We didn’t know that water couldn’t deal with the stuff put into… and we didn’t much care when people downstream sickened and died.

We didn’t believe that others deserved a chance at the bounty we had… we didn’t really at that point consider lots of these workers human. And that still goes on. I’ve decided to go to a workshop to see what i can do about my part in all this… It’s time to turn this around. Past time, really, but now is the time we have to make Peace. The Beauty tries to tell us what Peace might look like… time to take it seriously. It’s only making space for those moments of self reflection that will help us understand how we stand in the way of Peace and how we might contribute to it, consciously, consistently… Peace. 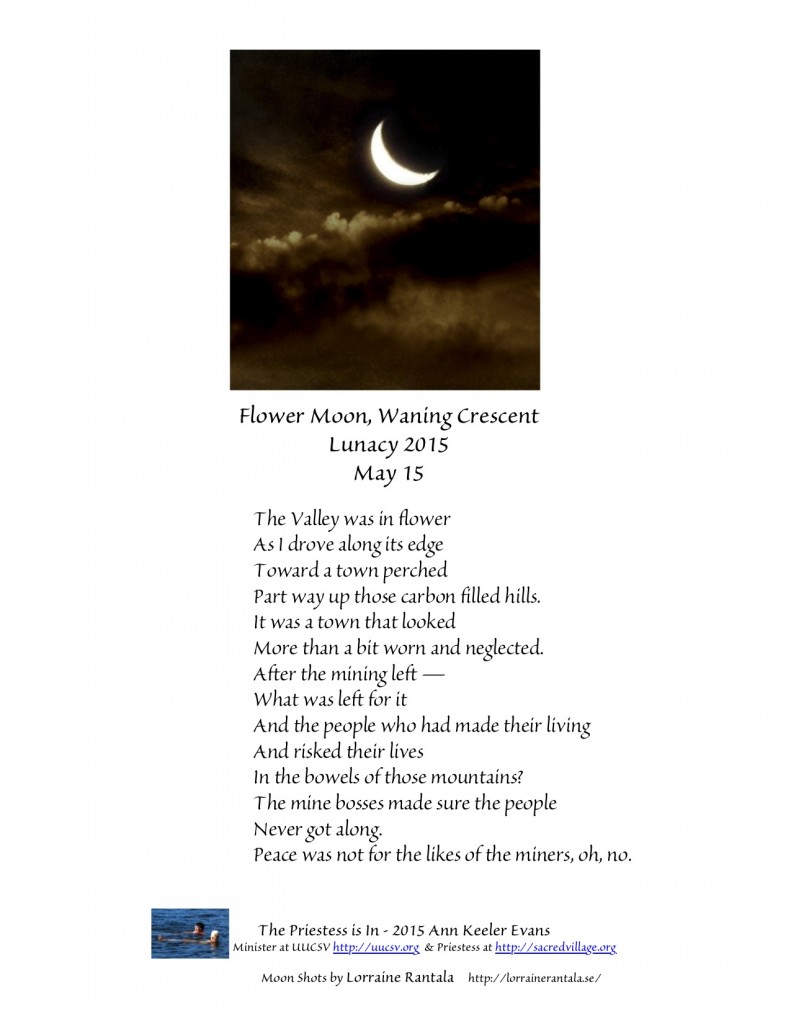