Sometimes you fail at things and that’s one thing to cope with. Other times you make mistakes. You don’t check a fact, find a typo, or, for some other reason, simply overlook something.

But there it is, in living color, a mistake. Big and bold and unable to be stuffed back into the box.

The horror that can generate is often completely disproportionate to the gravity of the mistake. But there’s that same old shameful feeling that rises up from yesterday, from your hidden depths, from who knows where, but there it is. You were wrong. Publicly. Flat on your face.

As a friend of mine joked, as only friends can, knowing that i am clumsy, wow, your falls are usually only literal, not figurative! true that, and i have the sprained ankles to prove it.

But there you are. Wrong and rattled in the Thunder Moon. No one else thinks it’s a sin, but you’re having a hard time convincing yourself. OK, I’m having a hard time convincing myself. I’m pretty taken aback by my over-reaction. Did I really think I wouldn’t ever do something wrong? And what was that seductive temptation to stop the process so that I could never make another mistake, never be seen as human. There’s a shadow!

If I can’t make a mistake about this, how am I going to be about dealing with the big things that are part of my make up? Or as in the case of racism part of my privilege?

Thunder Moon rattles, I shake… Peace is looking it all in the eye and coping/changing/living through! Ah well, I’m sure none of you struggle with any of this!  Peace in the struggle… and in those stark little moments of self-reflection. 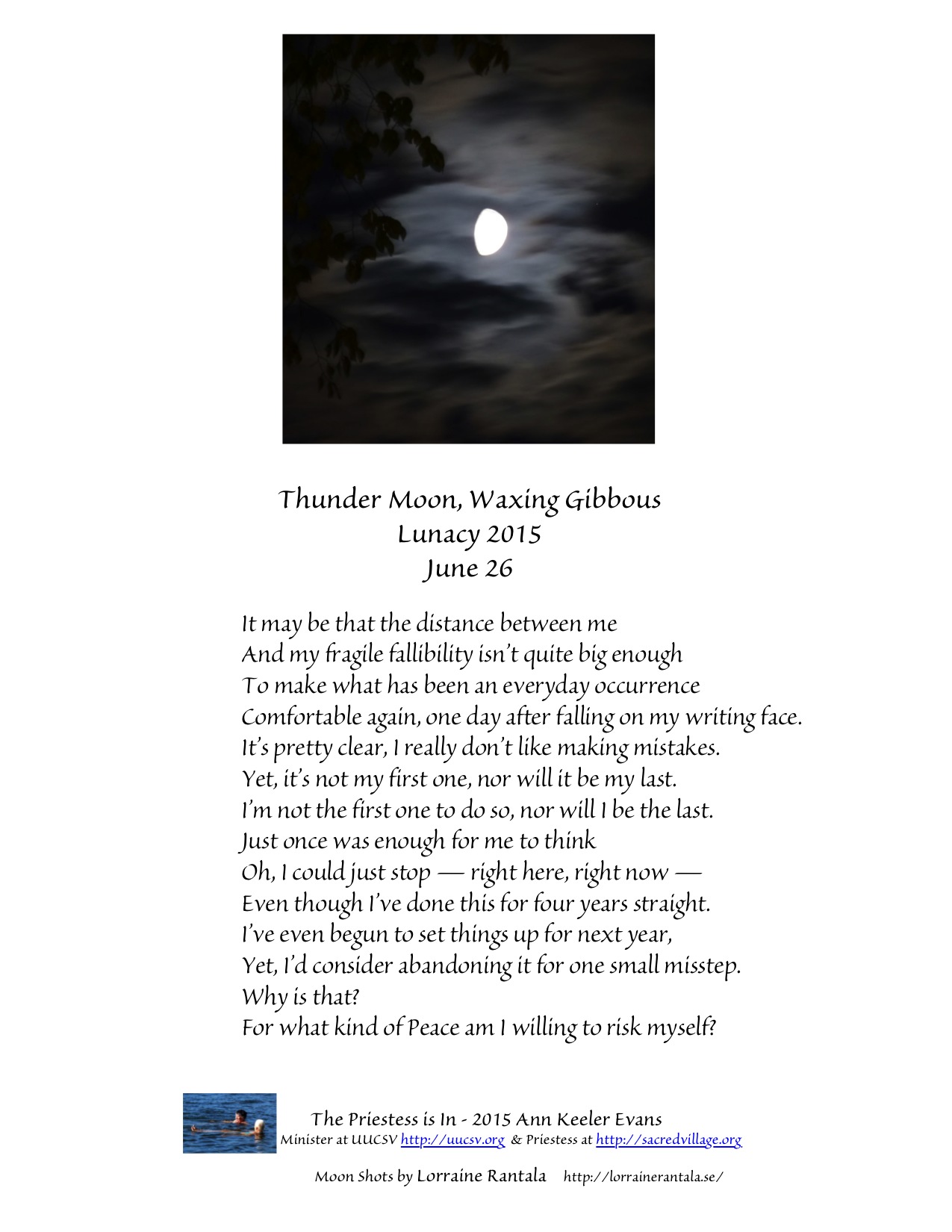