Riding in the backseat of our parents’ station wagon, there were miles of electric and telephone wires that went by the window. I counted. I zoned out on their regularity. I made up silly games about them.

I’m sure at some point in the not too distant future that great cartoon about the little birds perched on the telephone line who were snotty to the big bird, who eventually got even by landing in the middle, will be an anachronism, and people will be asking? huh?

Yet yesterday, when I made a wrong turn on a logging road in a mountain, there was nothing but trees until finally at one point, there were electrical lines… People were connected! Connection is a good thing.

Landlines are going the way of the dodo… but it’ll be a while in this rural part of the country before those electrical lines get buried… and the rhythm they keep as you zoom them by will entrance at least another generation of back seat riders.

So, perhaps it’s a silly old thing, but it’s a comforting silly old thing… And there’s Peace in the silly. And Peace in electricity, available for the taking — or now in the days of the solar panel, the giving back. 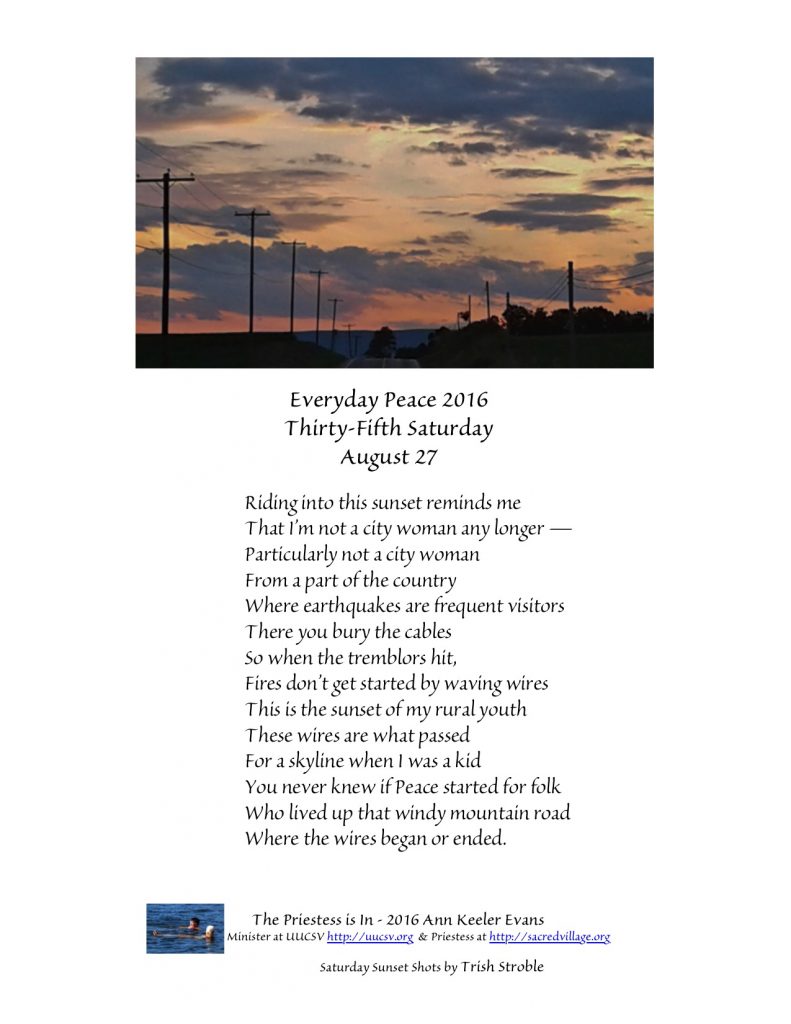