I saw this great quote yesterday and used it in my musing for today: Manning Marable, a professor of African American Studies, said: “Grace is the ability to redefine the boundaries of possibility.” You know me, if I’d have said that, I’d have had exclamation points abounding. His was a simple emphatic statement.

We forget that when we wake up to a new day that more is possible today than we dreamed was possible yesterday. Now we could say that we failed to imagine yesterday’s possibilities and thus sold it short. And that might be true. But what he reminds us is that there’s no reason to be constrained by outmoded notions of what we can do.

To think less, to act on less is to give up. It’s the thinking that keeps the world small and divided. It’s thinking, quite frankly, that keeps making the world smaller. We need to take as mentors, people who dared. Big people, certainly. But look around you. There are people daring everywhere you look. Hitch your star to theirs! Spend time with those who imagine. You’ll become someone who imagines as well. And see that? Possibility expanded, the world just got larger. 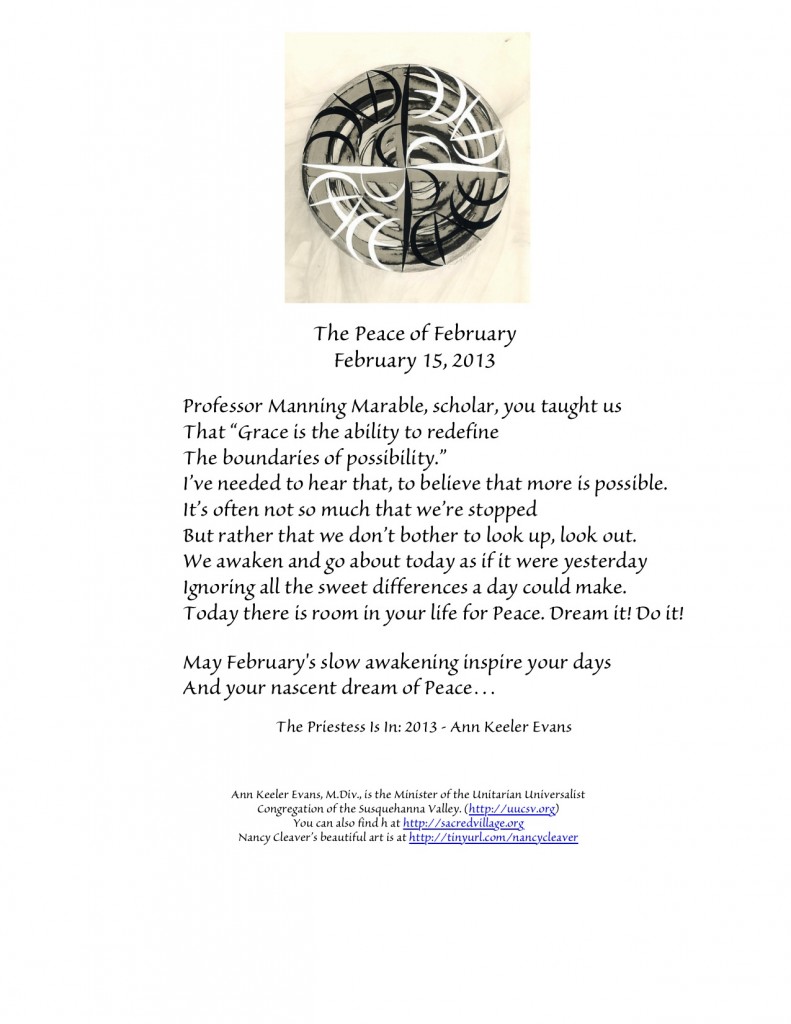