Maybe this is the answer. There I was, giggling about the fact that a rather taciturn guy, called us over to his table at our breakfast place to show us his grand baby, and the power of grand cuties struck me. He’s never voluntarily done anything but nod at us before. But this cutie, (and she was! Such eyes! Such a lot of hair!) inspired him to reach beyond his comfort zone so he could show us her pic. “Like grand babies,” he asked? Who doesn’t?

So is that it? could it be that simple? Could we stop focusing on the parents whose role is, after all, to be protective? Could we just ensnare every proud grandparent, dump them in a room with photos of cute babies and start them oohing and ahing? There’s that lovely place in Julia Ward Howe’s Mother’s Day address when she says (essentially!) that mothers must be too tender of other mother’s babies and hearts to send her kids off to kill theirs.

But since it’s often the grandparents who send kids off, let’s pack the pockets of the warmongers with pictures of their younglings and start every negotiation with not only pictures of cute babies but of proud grandparents loving. OK, we know it won’t be the only answer, but maybe it could be part of an answer. In the meantime, practice. Don’t have grandchildren of your own, put forward the kids you love. Ask to see kids that are loved by whomever you’re talking to. Peace Babies. Let’s make every child a Peace Baby! And of course that means that we’ll have to recognize every child as a Love Child. So precious and they’re all worth saving. Everyone should live in Peace. 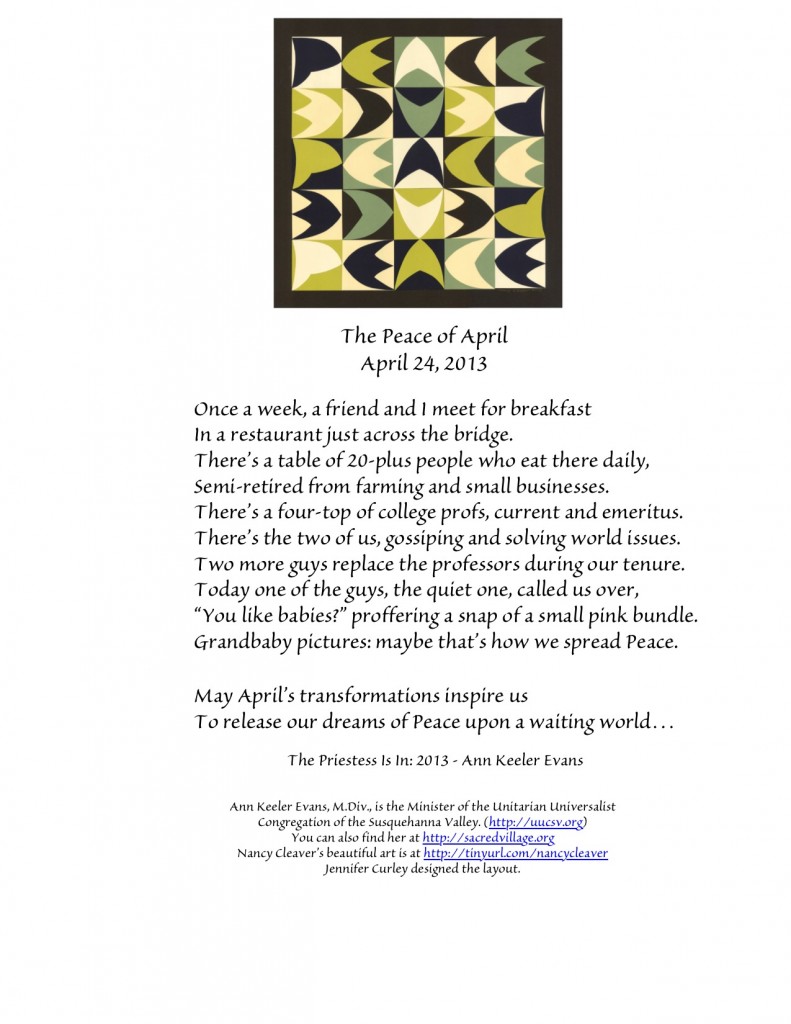