One of the main shopping districts in Ketchikan was at one point the red-light district. Prostitution was the #1 industry in Ketchikan in the 1920s, somewhat ahead of fishing. Not only did the women offer “comfort” services, you could also get bootleg Canadian whiskey. Is it only me who finds it odd that it’s now the quaint shopping district? And that people flock to shop there… without a thought to what it meant to women whose only business options were their bodies?

I was happier shopping in Saxman Park, which is a living Native Village that is working to preserve and celebrate their heritage. They have (and are working to restore and build new) the largest collection of Totem Poles. There was a fascinating conversation on what they were and what the symbols meant… That was a highlight…

I felt myself a rather odd and uncomfortable witness to the wild dreams that brought people to this area that turned into grueling work and difficult conditions. Oddly, however, thanks to the Japanese current… one of those hardships is NOT bitter winters. Ah, the nature of humans and the nature of Nature!

But on a pretty summer morning,Ketchikan was a place of serene beauty and Peace. except of course for the bears running through the streets. They were pretty excited about the salmon.   eek! Ah Mother Earth! 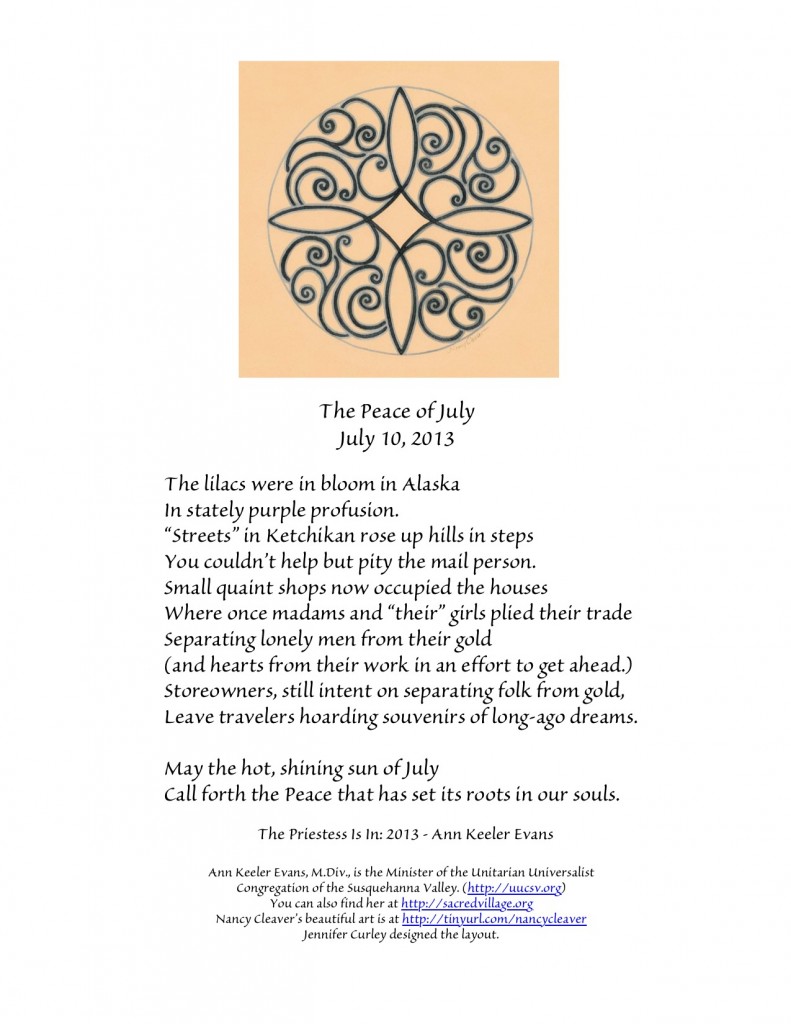