Astonishingly it was Mao ZeDong who first said “Women hold up half the sky.” I found that out when I went googling to find the exact title of Nick Kristoff and Cheryl WuDunn’s book Half the Sky.

And then there is so much of the world where they are chattel.

I’m grateful for the Elders who are working on this. Grateful that Jimmy Carter in his cancer diagnosis has said this is the work that he will devote the rest of his life to.

And I don’t yet know where to pull the first thread… but dammit. It’s awful.

I said last night I don’t believe in a condemning God nor a hell to which people should be consigned. I know that it is my feeling powerless that makes me long for it in this case.

Just the words “Theology of Rape and Sexual Slavery” combined with “enshrined.” I must get past the rage to work effectively. But right now? I’m sitting with the rage.

And that’s no way to Peace. And Peace is damned hard work. I’ll get there. But maybe not today. And still it is a goal. Peace. 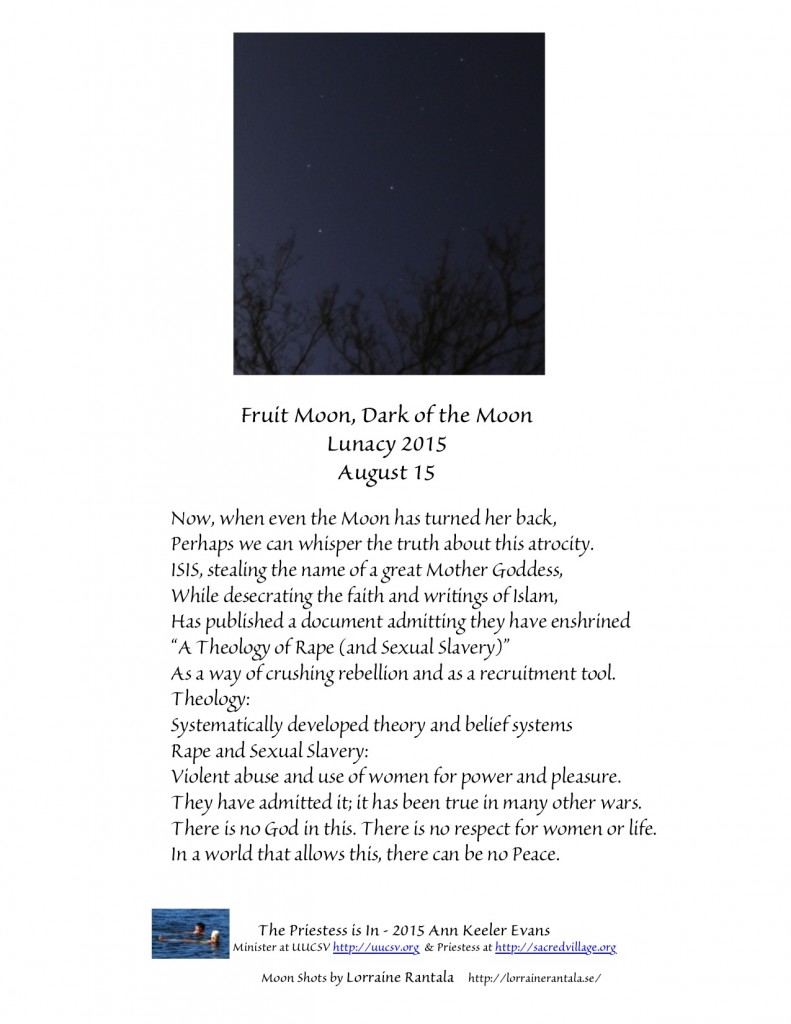