An odd juxtaposition. On the one hand its my favorite day of the year. The pool opens for the summer.

On the other, it’s a memorial for all the soldiers from all the wars. Young men and women who because they believed in a cause volunteered and sacrificed. It was hard enough when the enemies were clear cut and the danger real. And now, governments decide and people are risked and no one at home, except the families, pays the price. Perhaps war has always taken people to ugly places, but now we’re seeing it all on tv.

And then, of course, war. And Peace. We’ve never found a good way to getting to Peace. One that cares for the victims. One that engages everyone.

For two weeks, since the Pete Seeger concert, I’ve had this song by Ed McCurdy on my heart:

“Last Night I Had The Strangest Dream” 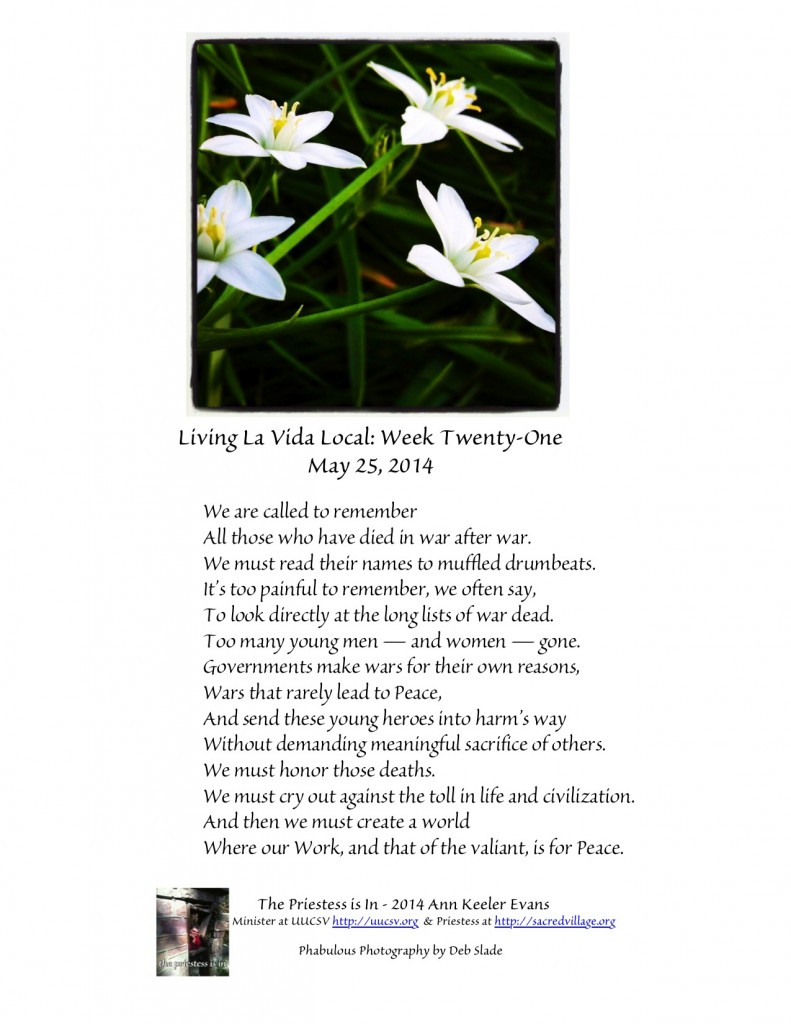