Sometimes I can stay focused on the Work and the Progress. Peace is an incremental thing. And it’s unfolding is sweet. When you see the ways la vida local changes and softens, and sometimes even larger swathes of life change, you can keep the plate of Hope spinning.

And then there are periods like right now. It seems like there’s so much bad news. Nothing but mayhem, violence, greed and outright stupidity. Makes me feel as if i’m running around smelling the roses growing over the septic tank — that’s covered in quicksand.

What is wrong with us? What’s the hatred about? I have a friend who writes about the rising of the Feminine. I’m not seeing it. It’s a litany of hope i raised for myself 30 years ago… and right now, i’m seeing death and mayhem. I’m confronting rape. Not individual rape, like having to talk a sweet young woman through it last year. No, wholesale, impersonal, widespread violence aimed at eviscerating young women and their hope in the future, in drowning their bright potential in ugly fear.

The rage I feel is enormous. It’s not to say that i don’t continue my work. Yesterday, I sent letters urging folks to write letters to their House Reps and Senators to agitate for PA House and Senate Bill 300, which would end legal discrimination against GLBTQ folk in housing and workplace. Won’t end the hatred, we’ve a long way to go on that, but at least it gives people rights. I spoke to a friend who works in a Representative’s office in Harrisburg. It looks like it should pass. But, you never know. Time to help the elected officials understand it matters to us. As my friend says, “for goodness’ sake, we have an anti-discrimination law in the state government, you’d think we could enshrine this in the law.” You would think.

Sometimes we need to sit with the anguish. We can’t allow ourselves to drown in it, but we should hang out with it. And at the same time, keep making Peace. I leave my head in these contemplations, but turn my heart toward Love. The haters can’t have me. 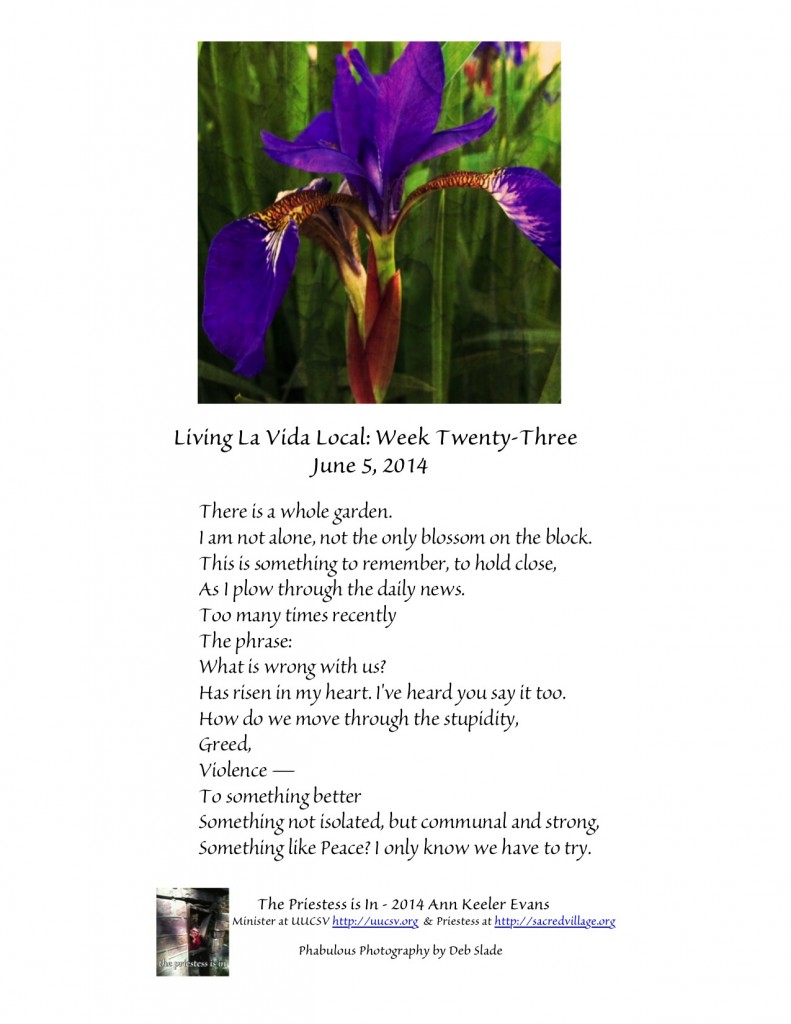