Well, we woke up and the ugly laws are still there. Laws that say that what I believe means that I may forbid you services: health, food, housing. The Fools say: oh, we didn’t meant tha-at. The Lunatics say: this is not acceptable. Peace is inclusion.

This country was founded, with flaws, it must be admitted, on civility and citizenship.

Every amendment we’ve made to its founding has been for greater inclusivity.

But there’s something about homosexuality and this moment in history that makes us think it’s ok to say you’re less than human. And it seems that has given us permission to step up our racism and our misogyny.

As I write, I realize beloved nephew is getting married in Arkansas. So Miss Wake up. Stand up. Speak up. Step Up, Priestess had better figure out how she’s going to respond when there.

Everyone has worth and dignity. Everyone is precious. People of faith and philosophy had better figure that out. We’re here to celebrate creation and create community.

Watch out April Fools whose jokes have turned mean. We are Pink Moon Lunatics for Peace. and we vote, in the voting box and with our dollars. 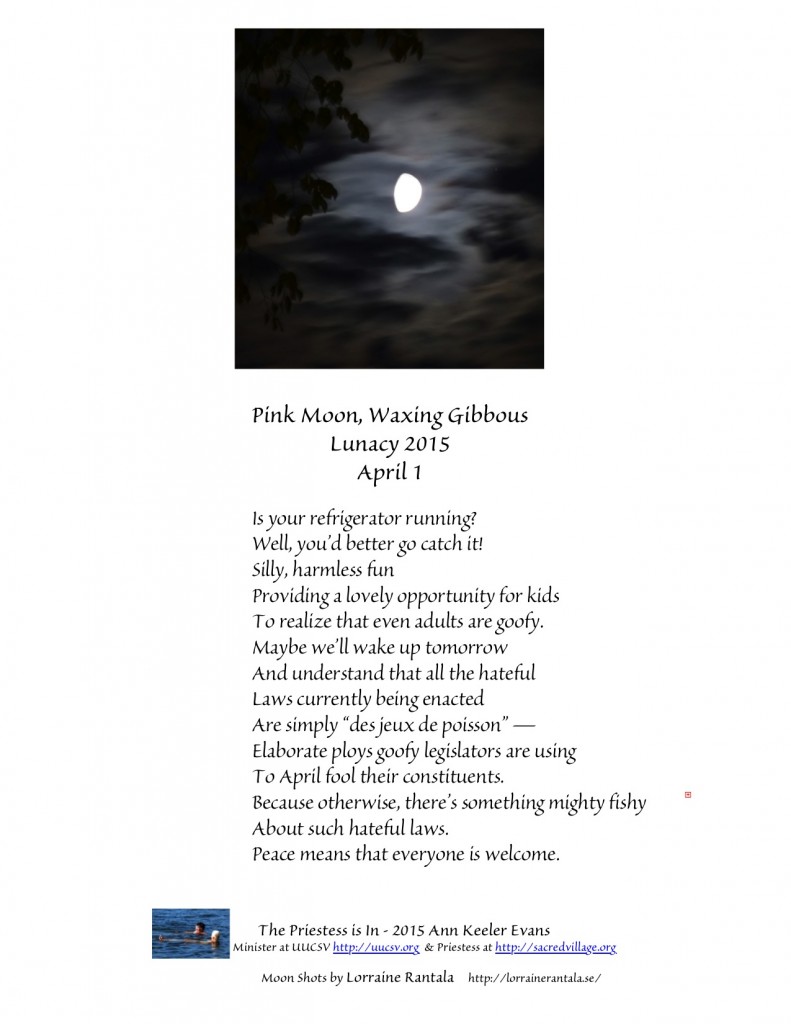