When you live in a city, as I did for 30 years, you tend to forget about working trucks.

Oh, you run into them now and again at farmer’s markets, but they’re hidden behind the stands. When you live in cities, particularly California cities, people drive small cars, taking pride in their eco-consciousness. And good for them.

But then I moved back home — to the country no less. It happened to be at a time where gas guzzlers as they call them were popular, so it was a bit of a surprise to go from a place that had plug in stations for electric cars at the very front of their rapid transit stations to a town where the college kids drove Hummers.

That took a bit of closing my jaw. So expensive. So wasteful.

But on my daily commute (in my little gas conscious car), there were farm trucks galore. Working trucks, taking care of working farmer’s work. No one cared whether these were dusty, because of course they were. In fact, it’s probably a badge of courage, or at least usefulness for these trucks to be dusty. They’re workin’ trucks. They’re strong and big because the tasks their built for are heavy and cumbersome.

When you live in a city, you forget about farms. Well except those 2 acre beauties that produce your heirloom tomatoes. Working family farms with a variety of crops for human and animal consumption, crops for canning and freezing by large plants, animals for food and dairy.

Farming is hard work. And their tools have to be tough as well. Work Trucks. They’re a thing. A good thing. And when you ride or drive in them, they of the great bench front seat, it’s easy enough to feel their attitude, even take it on a bit.

Working Trucks. Farms. We owe them a debt of gratitude for all they produce. A Peace all its own. A cock of the hat and a casual wave to all in the name of Peace. 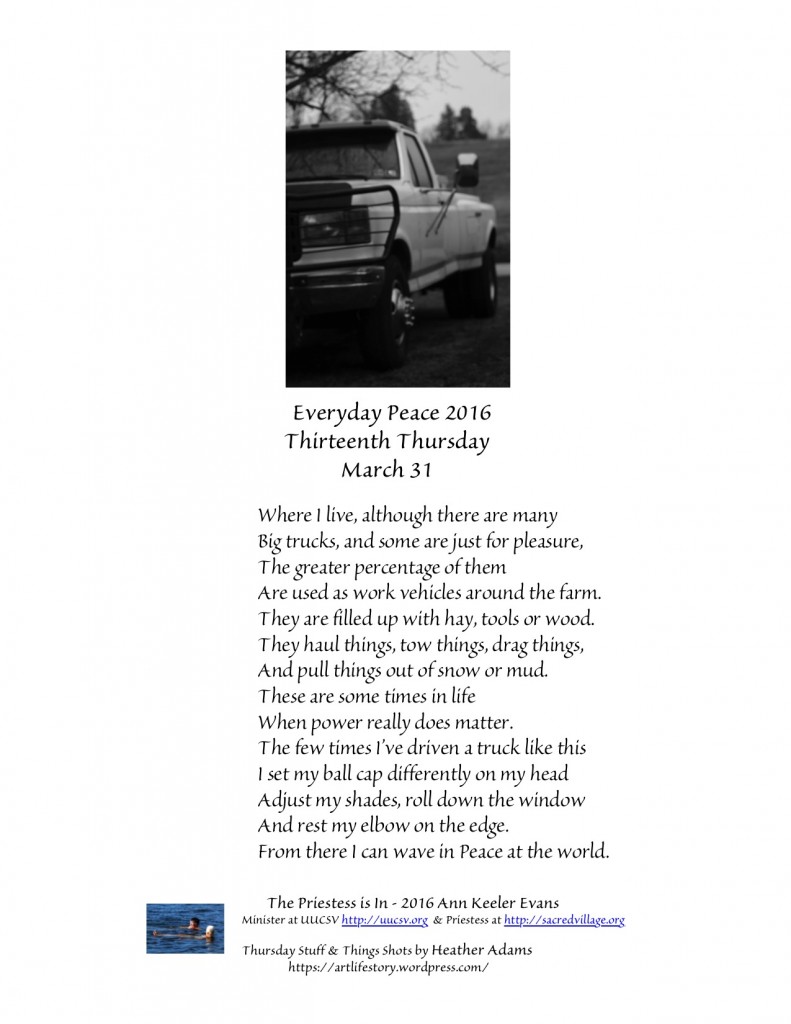