Is it fleeing? Is it invasion?

Whatever it is, as hordes of people flee war torn countries, how is there a peaceful coming together of different cultures? (Sadly this is not one of those columns with an answer.)

I can imagine, if not understand, the desperation that causes you to flee your homeland. I can imagine that what you’re looking for is a safe landing place to be again the person you were.

That becomes so difficult, however, when you and an entire colony of people like, you, thank heavens there are people like you, arrive in a place that is so foreign with an established culture that is inimical to yours.

And then when you are the host country with a long established and beloved country what do you do when people show up and want to establish their country in the midst of yours?

And when chauvinism is a piece of where you come from and how can it not be, how do you mediate that to make space? Is the history of conquering nations illustrative here? Because that has pretty much been a disaster in terms of culture and acculturation?

When things are one way, and then they’re not, and everyone is uncomfortable and the way forward doesn’t seem clear, what does Peace look like? Is there a way for us all to fold into one another? Does Pollyanna’s “can’t we all just get along” cry have any use, or is she (I) just hopelessly optimistic and naive?

But whatever the answer is, it’s not letting would be immigrants drown or starve off shore or on the other side of a border wall. It’s not in killing those who think differently than you in the country in which you’re seeking safe haven. But shouldn’t there, in the vast gulf between those two places, be some way — or a lot of ways — forward?

It is so very hard to think about, isn’t it? But in the hard work, shouldn’t there be possibility?

Peace be with us all… 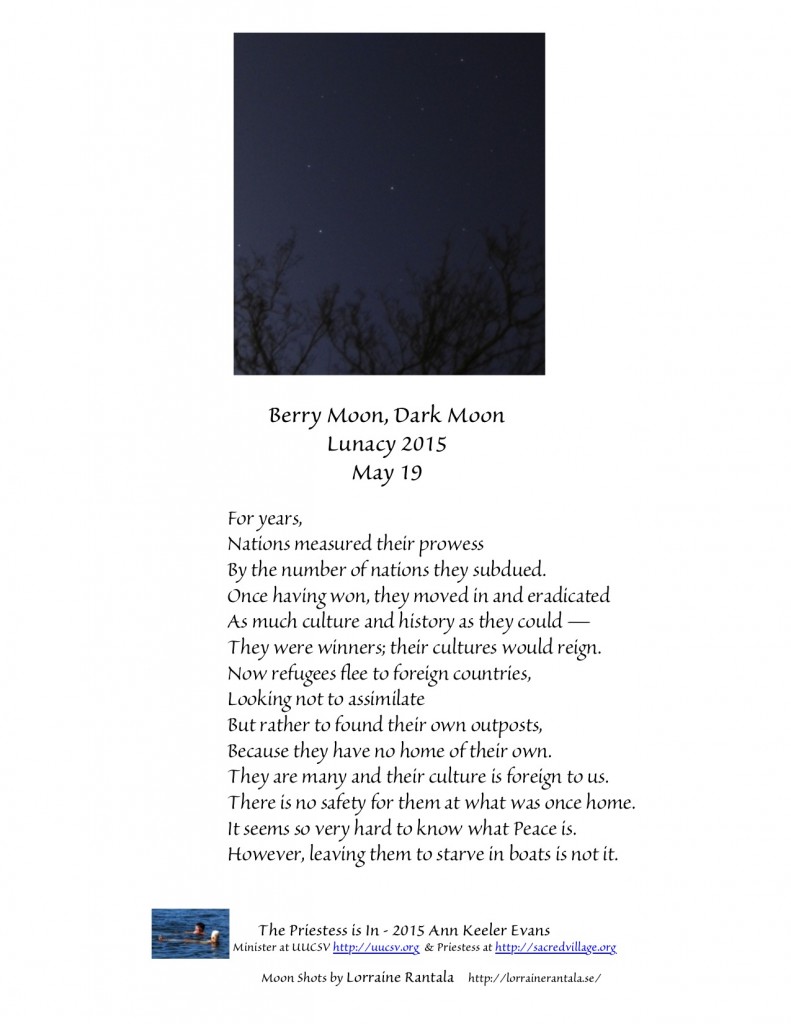