I hadn’t really thought of it in such straightforward terms before. But there it was in Kennedy’s “Ask Not” speech. “For man holds in his mortal hands the power to abolish all forms of poverty and all forms of human life.”

Pretty stark, eh? We don’t think of ourselves as capable of abolishing poverty. We wring our hands. We decry other people’s actions (and rarely our own inaction.) The notion that we can change this, whether through governmental action or personal grit, has slipped from our grasp.

What would that be like, for us to erase poverty?

At the same time the notion of power to abolish humankind (what a difference 50 years makes in language, right? Women are now included. Just like that 51 percent of the population is added to the make a difference team.) We can stop that too. There’s John Kerry in Switzerland negotiating away from nuclear options. If you were born after, what the mid 60s, you probably don’t think much about that. That threat loomed over our heads through much of my childhood. There’s a group that believes in Zero Nuke possibilities, that negotiates ceaselessly for that to happen.

So, if “they” think we could abolish nuclear threat, couldn’t we do something about abolishing the threat of guns or at least lessening it a lot? 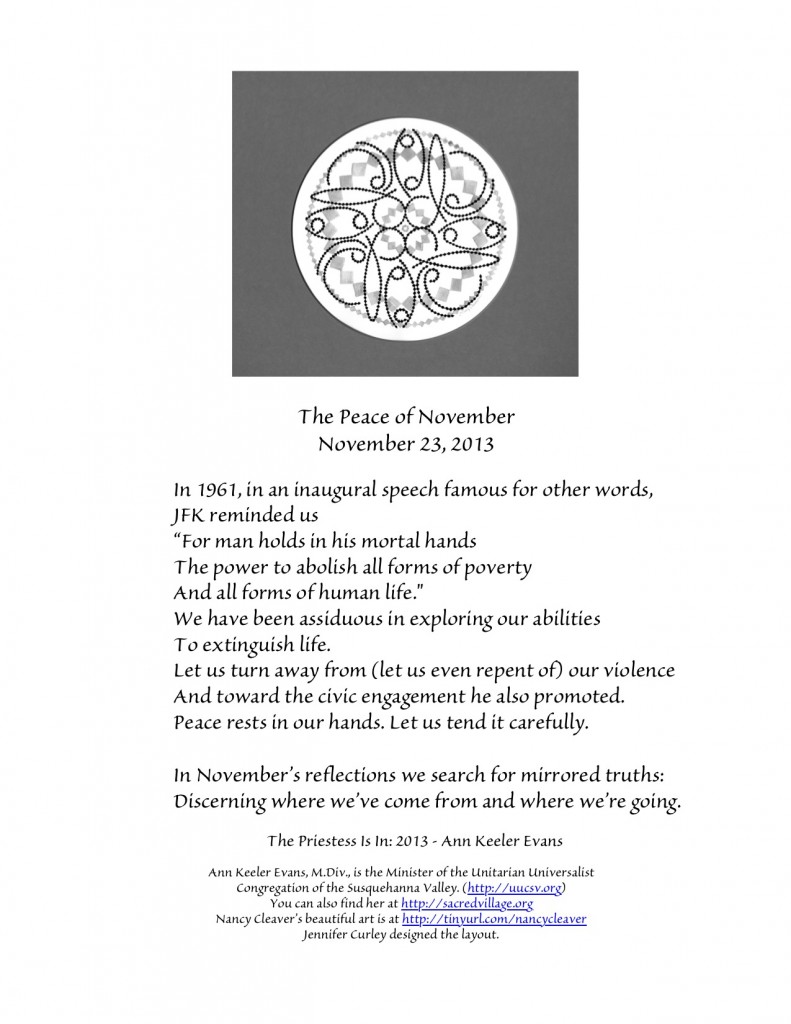