I wrote the musing about Newport’s big Houses. They’re so ostentatious and huge. And loads of them were for sale. No surprise, who can keep them up? And yet so beautiful. A product of their age and our systems of class. Something I coveted in my childhood and youth and shake my head about now I’ve grown up. But man. Such beauty. Because privilege allows us beauty.

I wondered how much more money and influence did you have to have to live on the cliff side of Bellvue street? And New Yorker that I was I kept thinking of the hospital where people with mental illness were imprisoned in squalor.

But oh, these places are beautiful… and Newport has oysters. yum. I ate a lot. Ridiculously I ran into a man I know from home.

And I came home to news of the Paris attack. I came in at 20 feared dead, awoke this morning to 158. Such horror. Such violence.

And, sobered, I realize how many people live with this every day. I’m horrified because it happened in a city I love… But it’s this fear, this violence, this murder, that puts people on boats to escape their lives. what is the right prayer, we wonder? What is the right action.

But how do you love the violence out of movements of hate? How do you Peace? 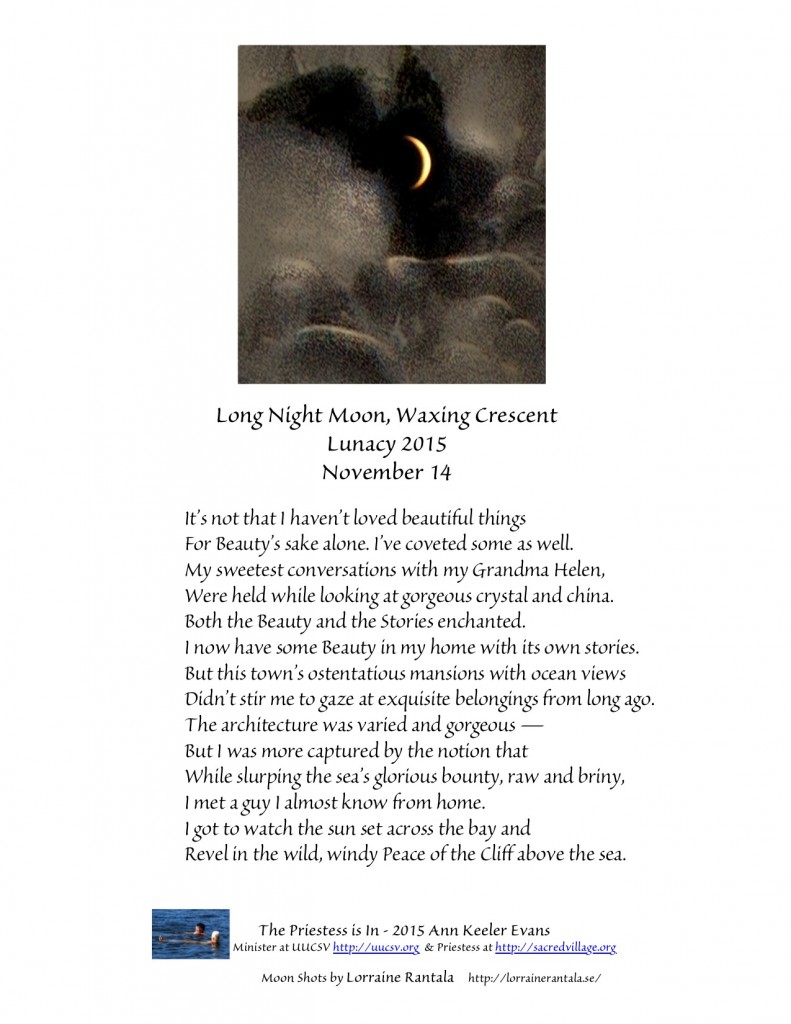 As I read stories about people dropping stones onto cars below, I wonder what’s happening in the macro sense. I feel like my grandmother, bewildered by a nasty, changing world, maybe it’s not different. Maybe I’m just seeing things more clearly. But it feels different.

And yet I remember my father taking boy scouts hiking. A rock was kicked off a path, and fell onto the top of a car driving below. I don’t believe it was aimed for the car. I know they were lucky it landed on the roof and I know they rushed down to make amends and to offer (I don’t remember what happened, i was very young) to pay for the damages.

Accidents happen, especially when people are horsing around. But no one around here doesn’t know the dangers of such things because we’ve known what happened to Sharon Budd when a rock landed on her head. Four boys dropped a big rock onto the Budd’s car. It struck Sharon in her head. Over a year later, she struggles with pain and memory and operation after operation. She will always struggle; her life has been altered. The boys (young men?) are going to jail.

Is it naive to think we’re not connected enough? That we’re not seen enough? I know, there are always kids who weren’t, but are there too many? Families are not gathered, few belong to churches. Few are scouting, few are connected.

Guns. Rocks. No Peace. What do we do? It’s on us… I wish I had a clue about where to begin. 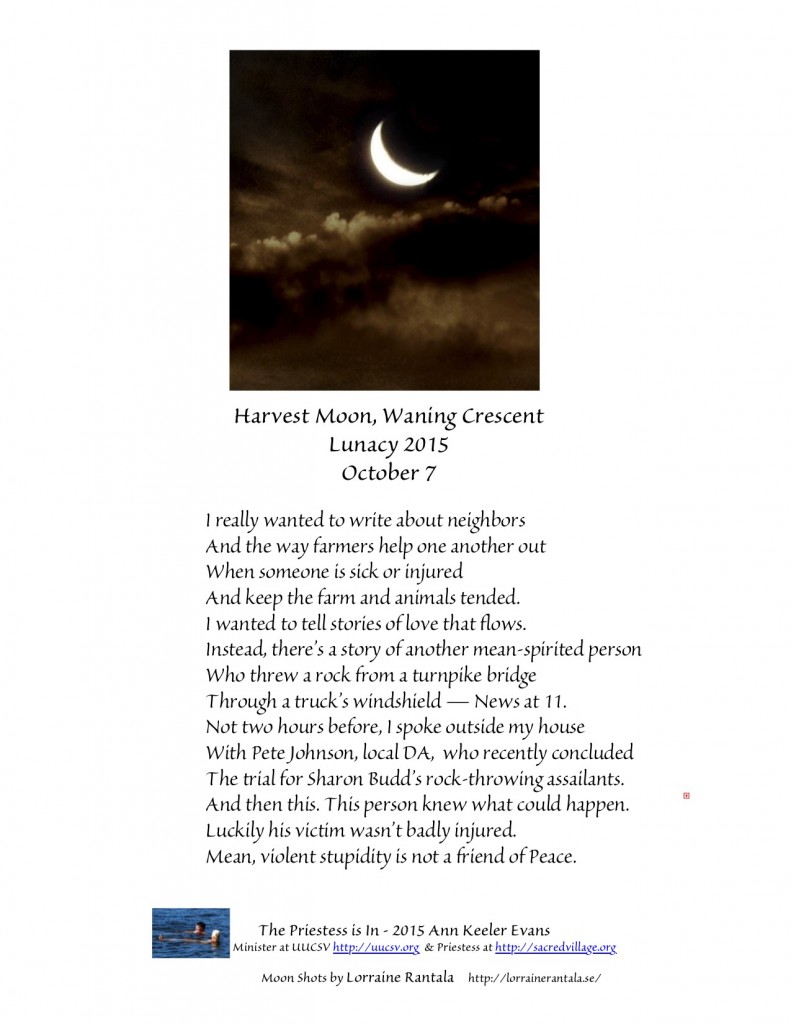