My world could not be more different from the world of the Inuit on the Hudson Bay of almost a century ago.

So going to 100 year old what passed for a documentary then and expecting to do much more than observe from a distance is usually unrealistic.

But Tanya Tagaq and her musicians totally changed that. Tagaq is Inuit. She has studied the music and has lived in the climate. She has both in her ears and her body and her soul. And last night, she opened them to us.

It was inspiring and transformative. It moved past the film maker’s insistence that the Inuit are charming and hapless. It made everything that happened in the film beautiful and infused it with wonder.

She sees her voice as a whole body instrument. She sees all of life as one. She was the wind. She was the dying seal. She was Nanook and his family.

And we were invited to see the Peace of that very hard and beautiful life. 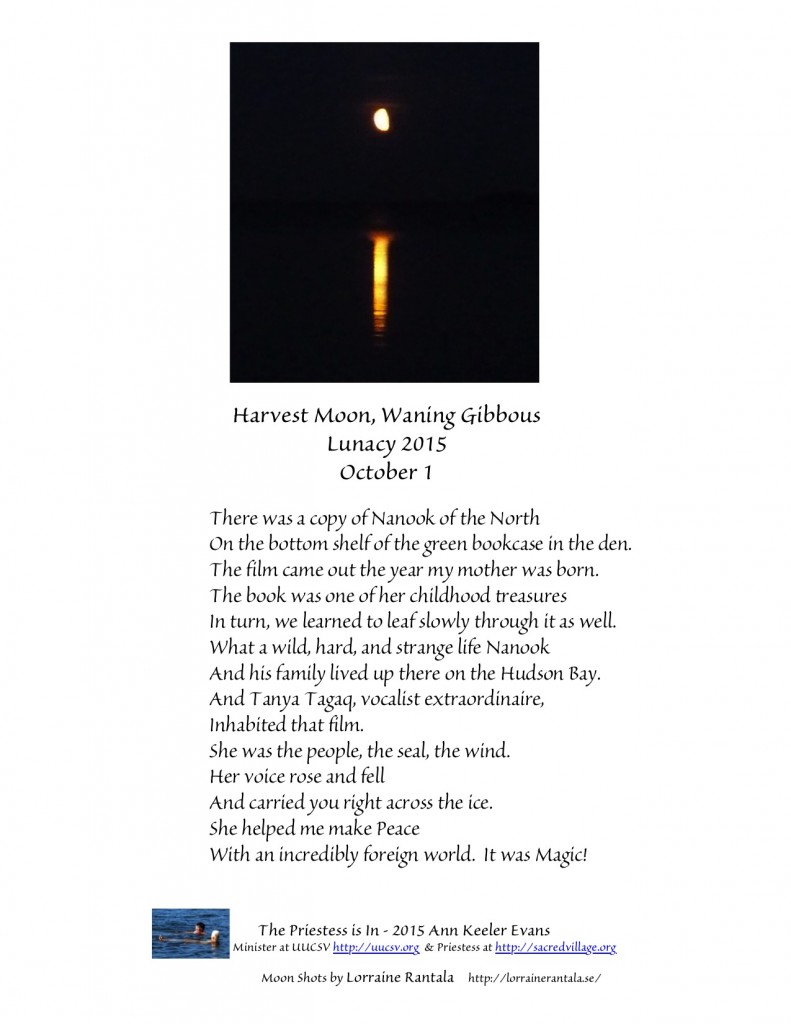