Something about this last week has sent me scurrying to find a professor’s article, written sometimes in the 80s. It’s entitled “The Power of Anger in the Work of Love,” written by Beverly Wildung Harrison. It’s been a hard week. I’m grieving and deeply despairing. More children killed. Women targeted, again, again, again.

I don’t know who’s quote this is, so if you see it again, email me, but it talks about someone’s asking men their greatest fear about women: that they will laugh at me. When asked, women responded: that they will kill me. How can one-half the world’s population be in fear for their lives from the other half?

This is a failure, to teach, to train, to assert, to do the work. It’s time not only to say out loud (in case you hadn’t noticed!) that I’m a Feminist and to say to the women coming behind us that if they aren’t Feminists they are condemning their sisters to more of the same. It’s time to say to our husbands and brothers and sons: You must do something. The issues isn’t #notallmen, the issue is #YesAllWomen. Dammit. Now. 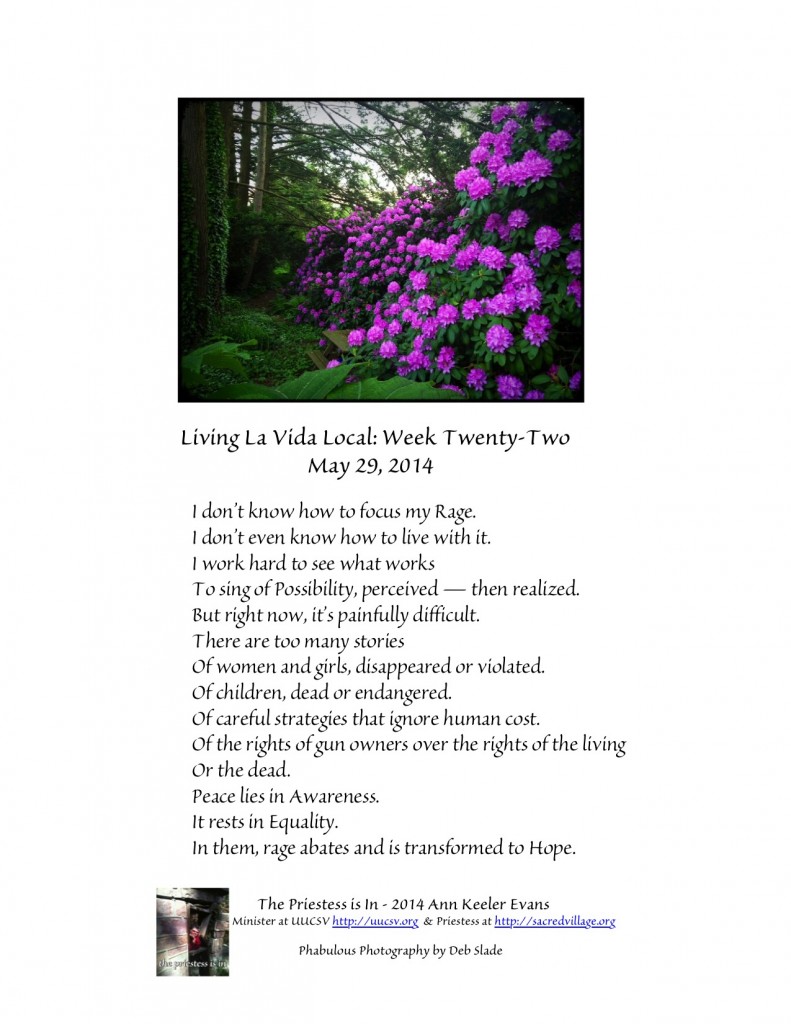