He’s a man of his generation to be sure. And there are a lot of things about him that I could wish he was budging on, and yet, and yet.

He’s papal, this pope, or so it seems from here.

But for all the joy and laughter there is the insistence on the poor and their needs. He sees the world. May he call more of us to account. It’s time. It’s time. 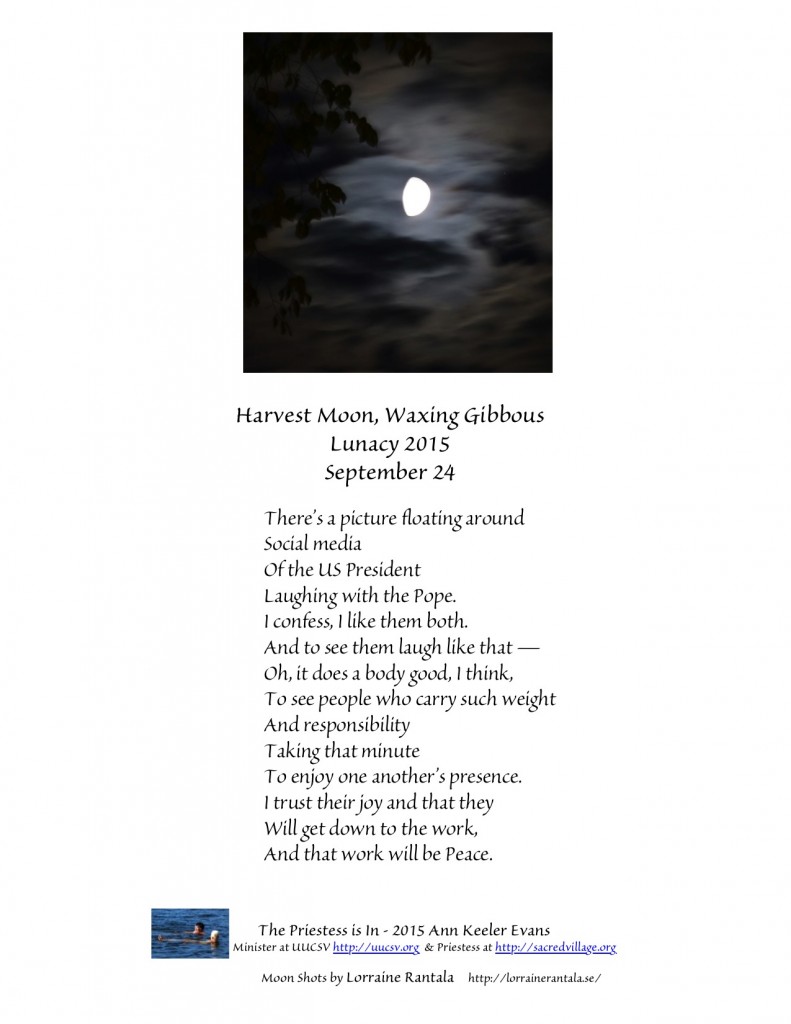