When I was a tender seminarian I heard William Sloan Coffin (recently retired as minister at Riverside Church in NYC and formerly the Yale chaplain who started Clergy and Laity Concern during the the VietNam War) speak about being involved with what’s going on in the world.

Coffin talked about the importance of being involved. At the end someone stood up and said, great for you, you’re on the speaker circuit… You blow in, blow up and blow outta town (ah you gotta love a hall full of ministers!).

And he said, yeah… no excuse for that. That’s part of your ministry.

I admit his seeds fell on fertile ground. I love reading. And I believe it’s important. And I’m lucky that the UUs feel it’s important and that my congregation agrees. And so I take this time very seriously and stuff my brain — with things that pertain to what we’re up to and to what I think I and all of us might need to think of. And with things that are going on and we can’t help but look at. There’s so much to wonder about. So much hard (reading) work to do.

So reading. I find Peace in it. In its turn it stirs me to look for Peace. It’s a cycle I’m lucky to be able to indulge. Just a couple weeks of stuffing ahead, and then look out world! I’m back! Wake up world! Time to step up! 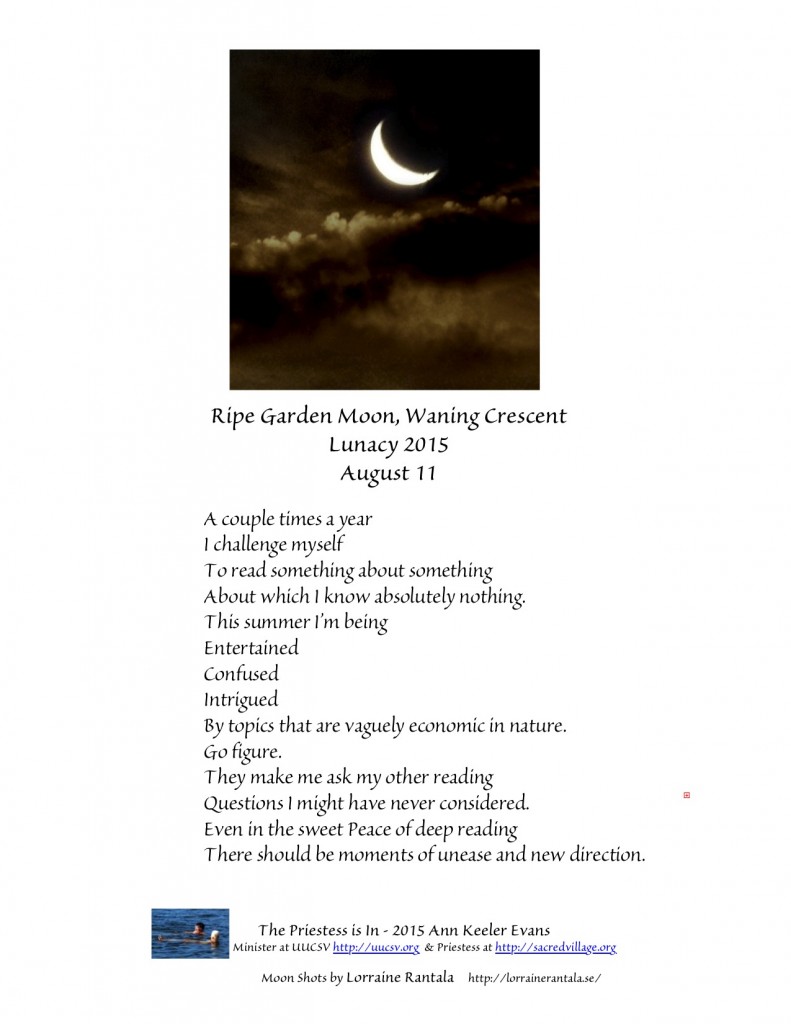