But St. Patrick’s day (in addition to having been my Aunt Kathryn’s birthday) has always been a bit over the top as it’s celebrated in this country.

I spent my 20s and much of my 30s in New York City. What a day of revelry St Paddy’s day was! And I suppose still is. Marching bands and green beer. Lots of public drunkenness. Really, last night as I was sifting through images i thought, oh, my goodness, cops used to fall asleep on park benches and in the subway. That was an earlier trusting time. They were wearing guns! Nobody took them! Nobody hurt the cops. So I guess there is some good stuff to those earlier times. And recently, as in this year, LGBTQ folk get to march along with everyone else even in Boston’s parade. So, backing down the discrimination is good…

But the more I read about the Patron saint for this, the more I began to question the notion of Patron Saints… Rome, and it’s friend Christianity, were in Ireland to conquer it for the empire and spread their version of orthodox religion. I suddenly stopped and thought, right, they killed a lot of people, Pagan and Pelagian, in the name of the one true faith.

They drove out the “snakes.” How old were we before we realized, right, the only snakes they talked about were the Pagans, the unbelievers.

It makes me weary. Can we, we the people, start working on Peace that includes rather than excludes? It seems to be time, doesn’t it?

Peace for everyone… not just for one group… because that’s just oppression. Peace from Love. 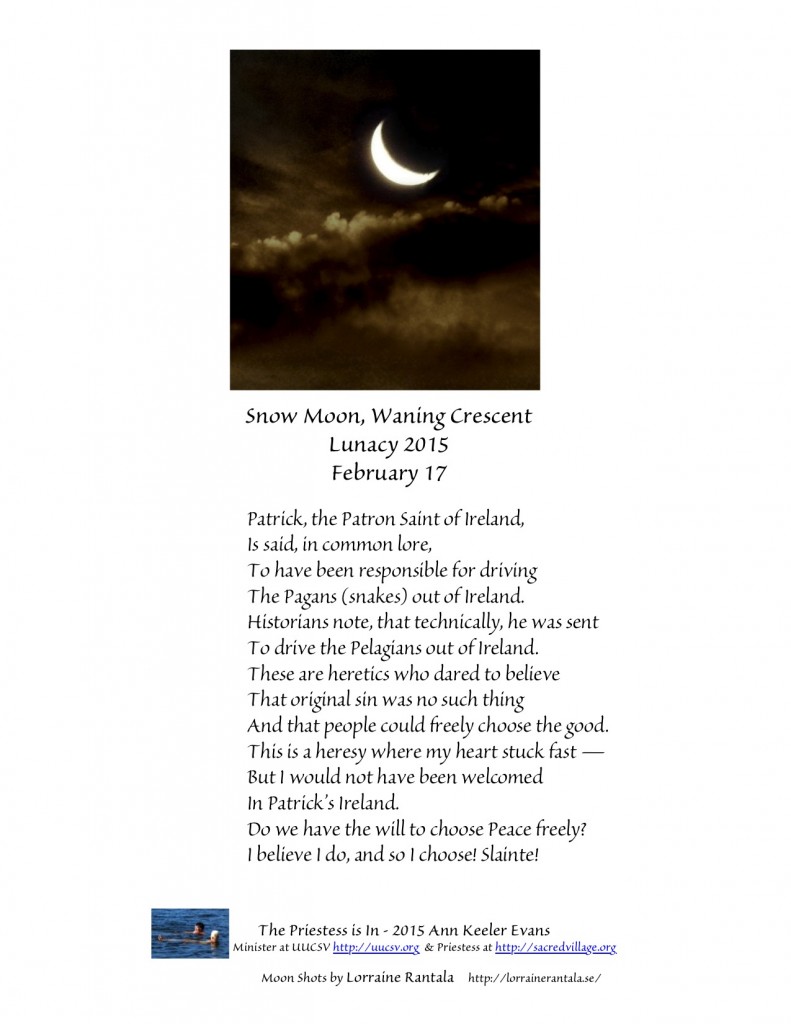