It’s so easy to want to move forward more quickly than life is ready to. Our wants and our passions and our willingness to work hard say that change ought to come quickly, now, in fact. But change comes as it does.

Leaning too far forward only makes us tumble headlong into puddles. The present isn’t always comfortable, there are often things that need to be worked out, sticky things that take time. But the future has its own problems — and we take our own problems along to it. Sure it looks glittery and easy, but that’s only because we haven’t brought ourselves and our stuff into it.

And what’s hilarious, well in that awful sort of way, is that most of us hate change because it’s hard. So why would we be leaping into it? Ah, because we don’t think we’ll have our same problems in the future. But that only happens if we work out the problems now and leave them in the past. And if we don’t get that done, and just leapfrog over things, then we’re going to spend way too many hours recovering from our premature forays into the future. (ok, get to the good news, Ann!)

The good news is the present is the crucible for the change we want. We’re the people stirring the pot… and we’re also in it, becoming the changed, alchemized metal that will build a new world. But we have to be present to be changed… and we want to leave as many of our “issues” behind as we go into the present. It’s in the crucible that we’re purified. Life doing its work. It’s hard work, this present. It’s amazing that future we’re envisioning… But it’s the path between them that is our Peace work. Happy Trails! 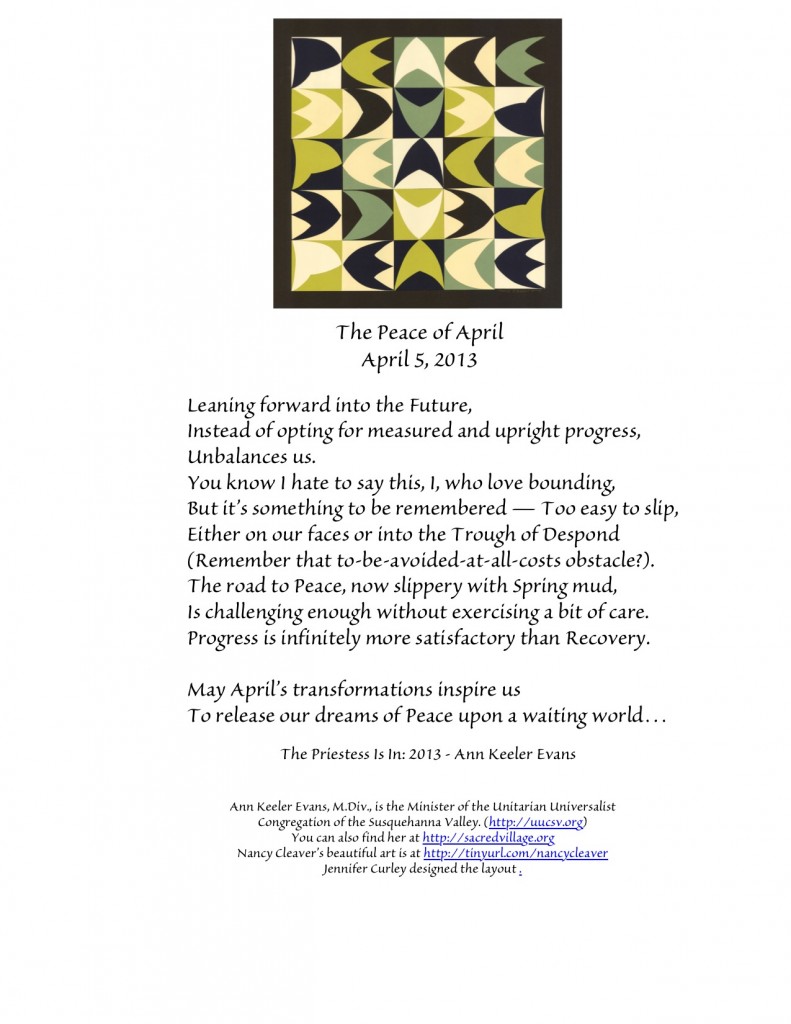