I hadn’t realized until today’s poem that I had created the first three poems of a four-element series. (I guess that means fire tomorrow! Or maybe I’ll think about the Chinese elements and make it a group of five!) But the notion of the stream’s pushing to move forward, even when we can’t see it, was a powerful image for me.

Most dreams don’t start full blown, they coalesce. And much of that work is done when we’re not paying attention. A little here, a little there. It mounts up until eventually, there’s enough mass to spill over.

What that means to us, however, I think, is that we need the quiet time for dreams to build. I find I need slow time when I’m paying no attention at all to anything important in my life to unfocus a bit and a give a dream a chance to build. And then, slowly regain that focus through the year. I’ll be trying to let my life and my commitment to Peace build with year. And of course as I consider the elements, my commitment to the Earth will have to build, won’t it. It would be a bit precious to burble about the changing months and not consider the need to stand for the sacredness of Nature. 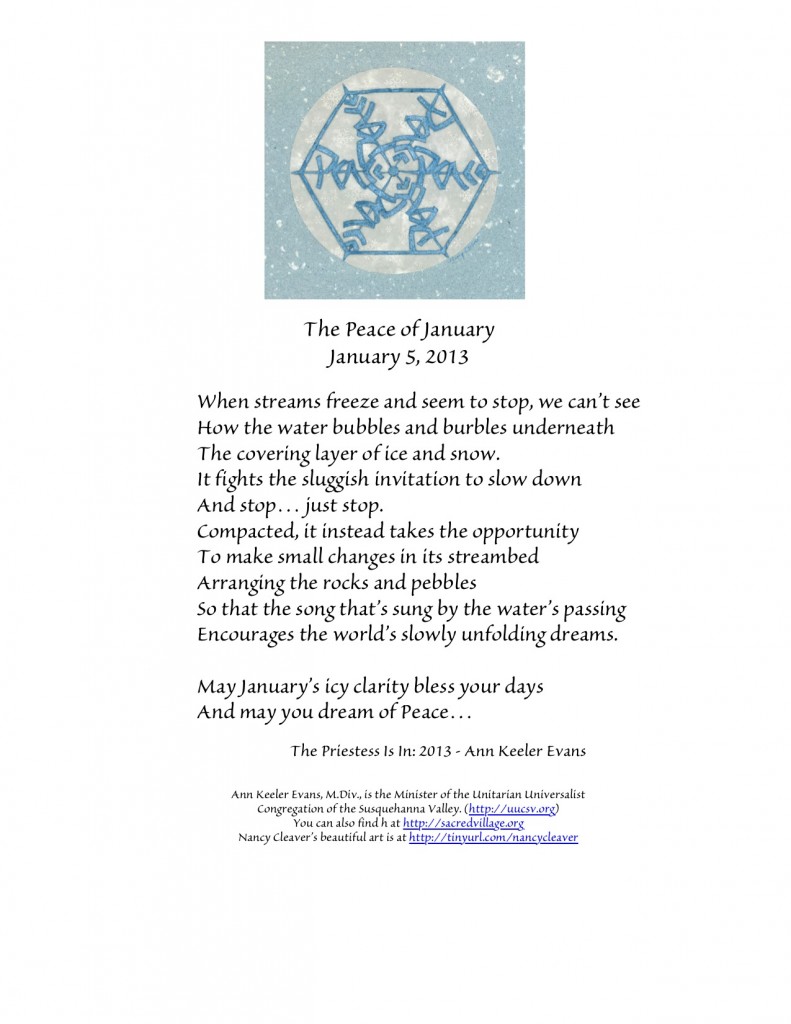