We’ve seen it before: The ugly need to keep life the same and one’s power intact that drives fear and hatred’s need to double down.

But even if it’s simply hatred’s death throes, it’s ugly and it hurts people. And we’ve never acknowledged the wounds done by the last times a dinosaur had to die. Racism is still — or perhaps again — a modus operandi, both conscious and unconscious for many. Women’s lives are still constricted, still being constricted by men’s fears and their own. And now the Other is the GLBT folk.

It’s time to take the dinosaurs off life support. It’s time to acknowledge that the world has changed. Charles Blow detailed today in his op-ed piece in the NY Times the numbers of youth who are walking away from the churches of their youth and posited that they would walk away from the Republican Party . My hope is that when they walk, they don’t just sit down in disgust (or at least not for long) and walk to somewhere else.

Life will not work if we’re merely deconstructing. Reach out and reach up. Let’s be the change that the world is waiting for, to paraphrase Elie Wiesel, a man who stood in the midst of extreme ugliness, who has continued to call for people’s return — journey — to their highest self.

So, yes, sign those petitions. But do more. Get up. Look in the mirror, root out the ways you participate. Make friends across the boundaries. Live in the discomfort of your unattractive assumptions of privilege and change them for the world’s betterment and your own. It’s time. If we wait, people continue to be hurt. And while we’re screwing around thinking these things are not our problem (oh, they are, they are), there are a million worse things that are happening, and they’re our responsibility as well. Let us be the change. Let’s wake up and then step up. Let us say a loud and resounding NO to hatred. Then let us say yes to life and get on about the business of creating a Peace-filled world. 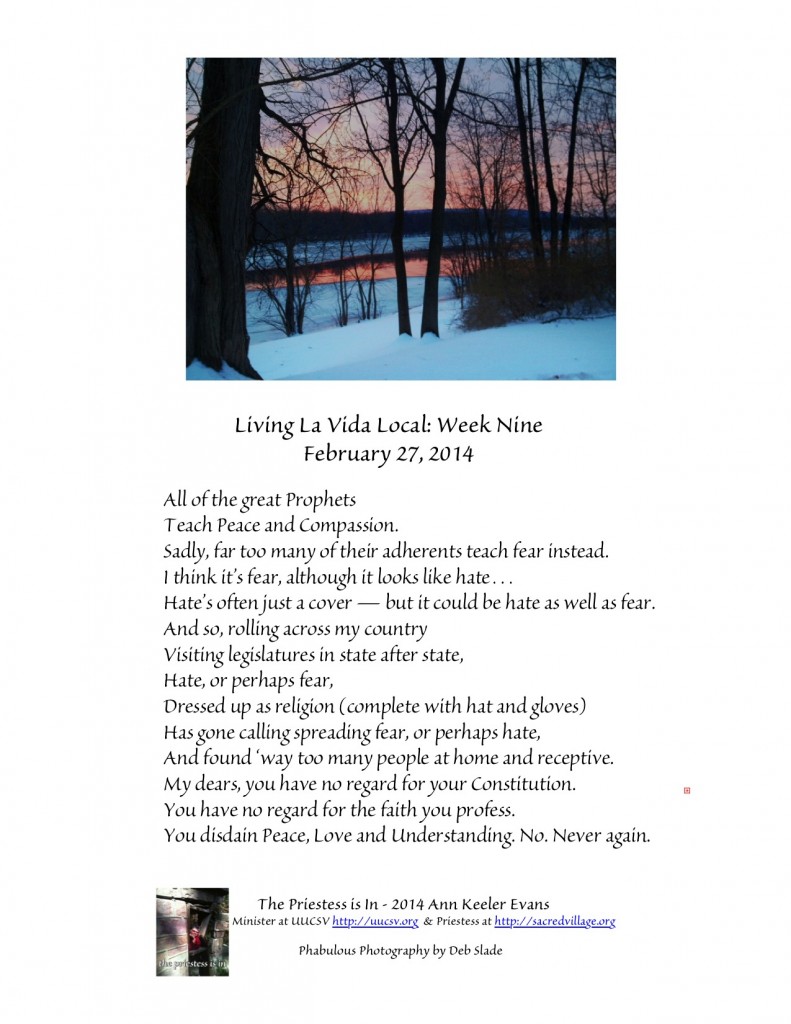