It’s one of those stupid things I’ll never understand. How is it that people decide that the most important thing in their religion is determining when the world will end.

In Christianity, it demands blowing right past the central tenets of the Jesus message to concentrate instead on the end times. I can be as perplexed as I want. I don’t think enlightenment on this topic is coming.

But a reboot? I’ll take that. We’re a tech savvy world, right. What if World 827.3 included the violence fix? The ignorance fix? The hatred fix?

What if we acted as if making this world better were possible?

I just finished reading two books on racism and white privilege with my church. What if we were to do something that began, even began, to make a difference.

If we began today, it would mean we embraced a new world — a world made new — by hope, by love, by justice, by Peace — by us. What do you think? Peace, anyone? 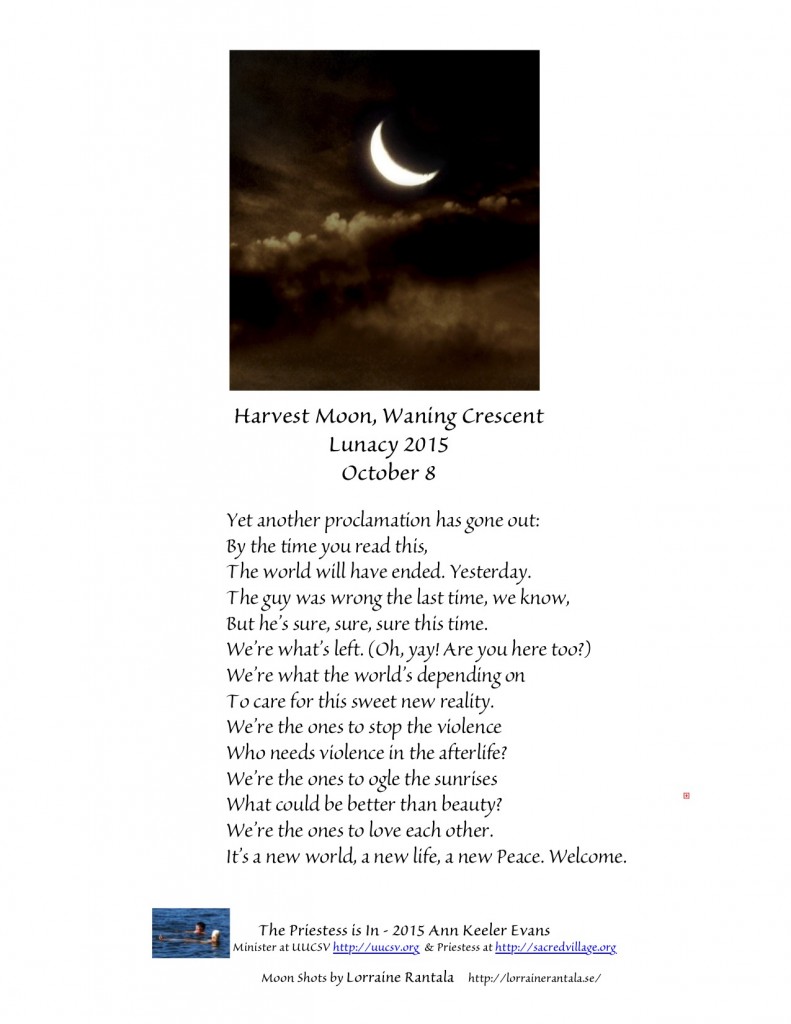