My brother in law accuses me of believing in magic. I’m not sure he’s wrong.I don’t know that I know exactly what it is, but…

I’ve read about it enough, done that thing I do when I don’t make a lot of judgements one way or the other… sorta like heaven. don’t know… does it matter… be here now.

But the other evening, listening to the Sibelius played by the quartet… particularly the 2nd movement of whatever piece we were listening to, I know I have the program somewhere, it was as if I could see the music pouring into the center of the circle caused by their seating arrangement.It danced and curled and flourished, forming to a mind’s eye, a mind slipped half out of consciousness, a beautiful paisley of music. Oh, thought I, oh.

Could we use it, i wondered? Could such dancing power be used to fuel the Peace Journey. How do you gather that music together and thrust it toward, pull it toward, Peace?

It’s not often you see such focused power. It may be the form that causes it. Four players, each bringing their skills and gifts to bear on Music, on instruments, on a composer, on a community. Four players, the four directions, four different voices and talents; four, a solid foundation for a castle of sound.

If those notes and those players’ passions could be fused into a huge and paisleyed sword of Peace, how much hatred could be eviscerated or perhaps simply transcended by that overwhelming Beauty?

I couldn’t help but wonder. 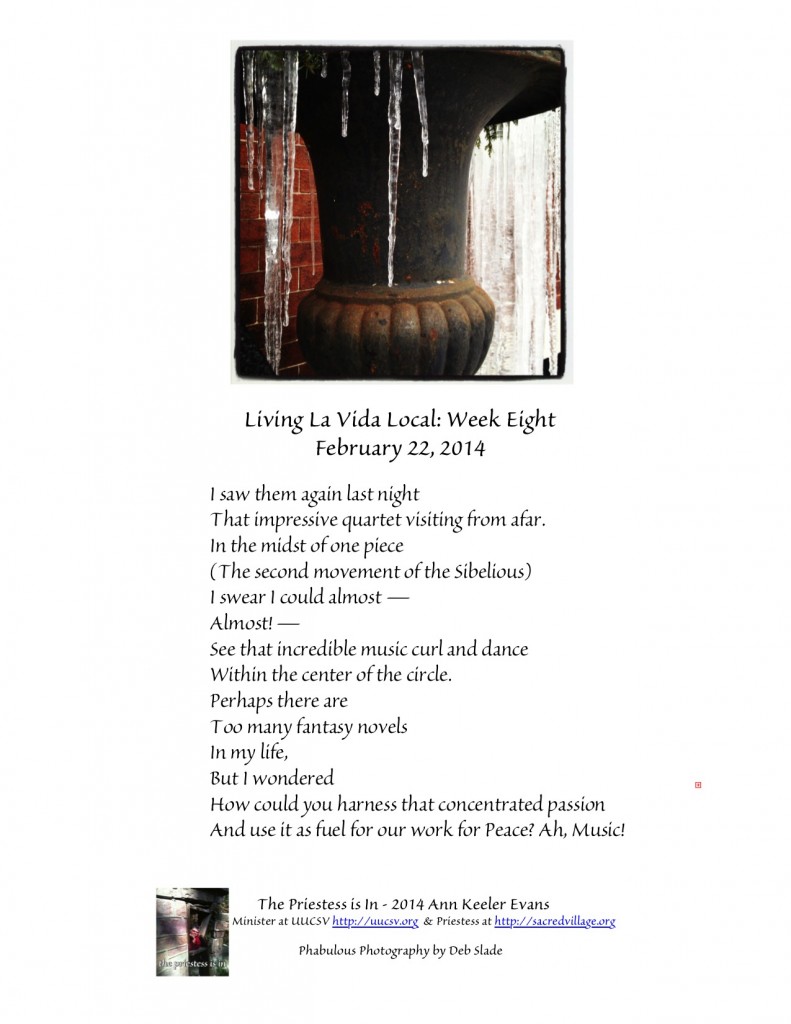