Truth to tell, I’m not much of a howler. It’s one of those weird times I get all straight-laced and my family-ish. It certainly won’t surprise you that Steve is a howler!

But on nights like last one, when the moon rises huge and gorgeous over the trees, something primal stirs. What? OK, late to do her homework… Ann discovers… wolves don’t howl at the moon. They’re nocturnal. They just howl. Only we howl at the moon.

It seems even our fears are primal. We fear the wolf although she’s not all that interested in us. We build on her land and graze our animals and then are surprised when she’s happy to dine at the buffet — even though wolves only kill to eat and they don’t do it that frequently.

Who the wolves are in our lives is, I think, fairly indicative of how far we have come from really living on this land. Our world becomes more and more artificial. We cut down forests and move in. We immediately “forget” that animals once lived there and do not easily dismiss their habits. If you build in bear territory, the likelihood is they’ll be dining on your beans come summer — and being outraged about that is pretty silly… Because bears do all sorts of things in the woods and eat is one of them! We live on Mother Earth. It behooves us to consider living in tandem rather than in opposition to nature.

But oh, that big and beautiful moon and her deep, mysterious magic. all and all pretty wonderful. Last night’s moon drew many of us outside despite the cold. We want the Peace dance… we just have to do it. 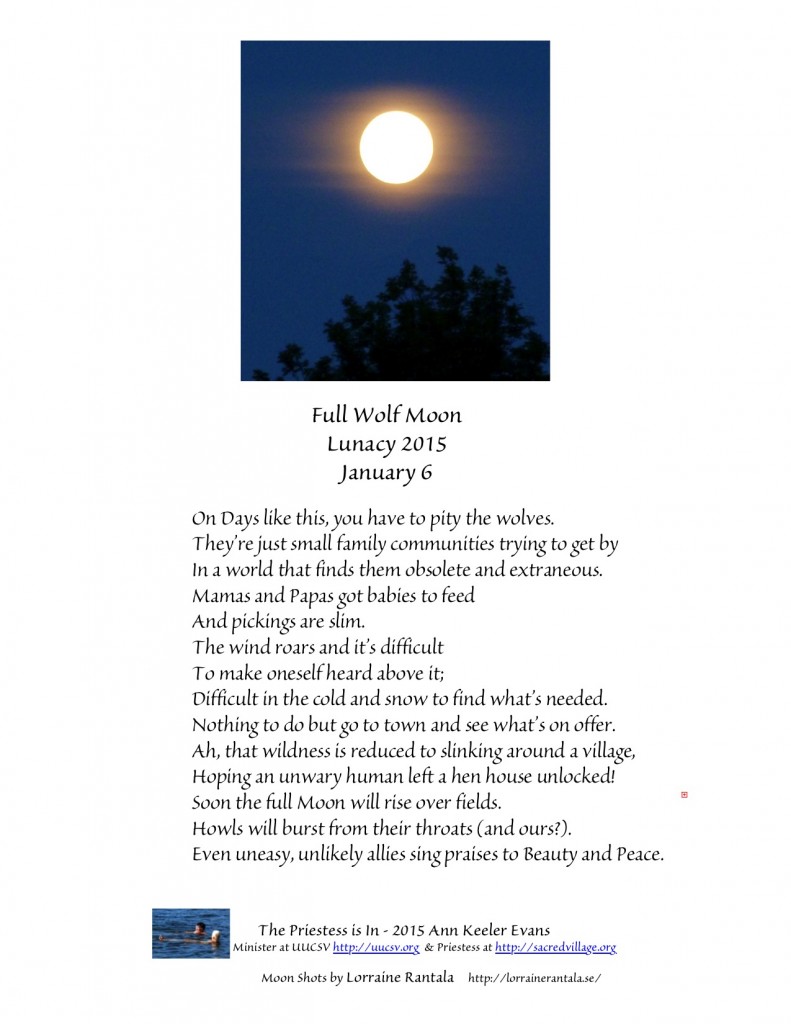