Since yesterday, I’ve been mulling over what it means when your teacher… and your ritual maker misrepresents herself… and realizing how meaningful her rituals were despite her  claiming them as something else.

I now am fairly convinced that even the “teachings” were hers and not as represented.

There’s something so sad about having good work and not feeling confident enough about yourself that you can claim it as yours. There’s something awful about grabbing someone else’s traditions and pasting yours on top. Things have their own integrity, and we should acknowledge boundaries and take responsibility.

So here are all these great metaphors and small rituals and well-tested ritual actions and they’re besmirched a bit by falsehoods.

And yet, they led me to Peace. So maybe there is growth for the  other in that. The problem is that if you’re the fraud, maybe not so much growth and a bigger wall between you and Peace.

And I looked just a bit, there might have been a water monster, who wasn’t so kind, but there were Water Little People who were helpers…

But I love the notion of a monster who thrives on problems. Bring ’em. And so we do. And leave ’em. Peace and water are often joined in a metaphor… and How fun that there might be a Peace Monster. I might have to divine what that might look like… But here’s one thing I’ll tell you… I’m not about to attach him to another tradition.

If you and I can become Peacemakers by dreaming and doing, why not dream a Peace Monster companion to gobble up the pains of the world? In the meantime, we’ll keep practicing Peace. Is that faking it until we make it? who knows… But we do what we can, as June Jordan reminds us “more than that, what can anyone ask?” 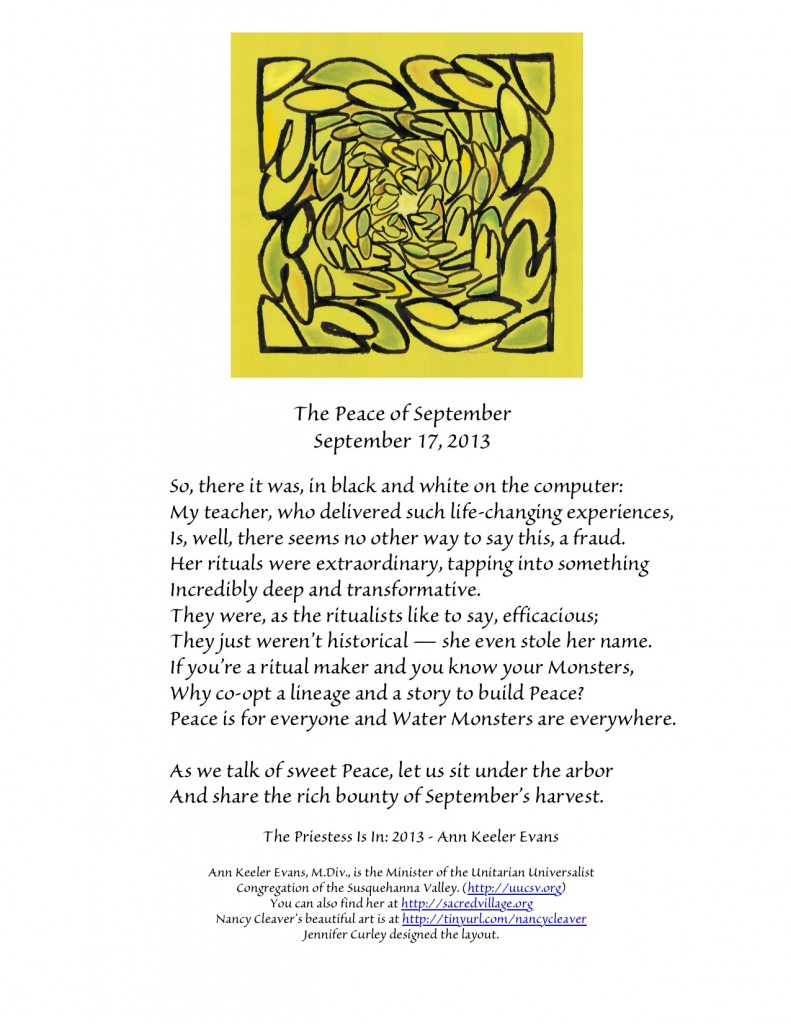