When you live in a small town, you know people. You know who your neighbors are. You find yourself on at least nodding acquaintance with a whole bunch of people. Mostly, maybe not always, this is a good thing. Sometimes even a great thing.

This is a college town, so round about September, life cranks up. People are home back from wherever they went. (and all of us are whining about parking!)

Yesterday I had a meeting in a cafe. Lots got accomplished. At the end, my friend/colleague and I sat finishing up business. While we were there we nodded at a couple and jumped up to hug people in in two groups. Later, walking down the street, we met just the person we needed to talk to. And then we had a mini congregational meeting on the street outside CVS. There aren’t that many UUs, so to encounter seven in the same space is a bit random — but fun. And only a couple of us were there to think about feeding kids on a big scale, three of them were there to think about feeding a kid on a small scale. all in all, it was one more great example of the glories of living in a small town (well,when you’re one of those included. For those that aren’t I’m working as fast as I can. And I’m sorrier than I can say.)

But for the moment, this is Peace in a small town. And it gives me strength to stay on course. 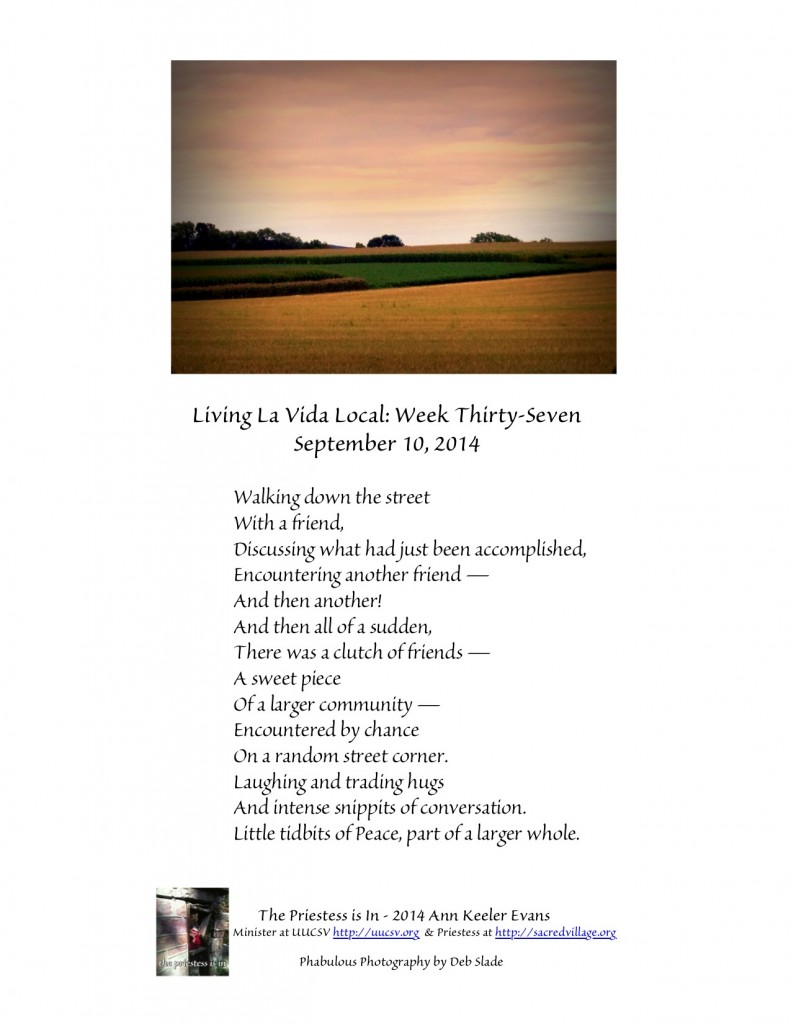