Pete’s picture of a “field of memories” brings up so many emotions.

I have such a curious relationship with cemeteries. They are such rich mines of history. Yet no one will know the life and times of my family, because there are no markers. We have disappeared into the streams and the mountains of the land we claim(ed) as home.

And it’s true that except for two children, this branch of the Evans family ends with the next generation. So, the history component of cemeteries will never be too important…

But I find cemeteries fascinating. In pre-vaccination days, you could see when a plague swept through a village, by looking at tombstones. You can feel the connections that people have with their beloved dead. Even in the most complex situations, death brings a certain kind of Peace, if only for those who have died.

And cemeteries are often on such beautiful land, spots high above a town or a river are often chosen as burial grounds. One man I know is buried in just about the exact spot that he took his most iconic picture. He visited those grounds all throughout his lifetime because there were things to see there. It’s nice to think of him there. We tend our dead carefully, so they are usually beautiful.

When I look at this pic, I feel the cemetery’s history and its Peace. The dead are such Peaceful neighbors, quiet and calm. There’s so much that could be said about them, but today, all i have to talk about is the Peace. Inhale. Exhale. Peace. 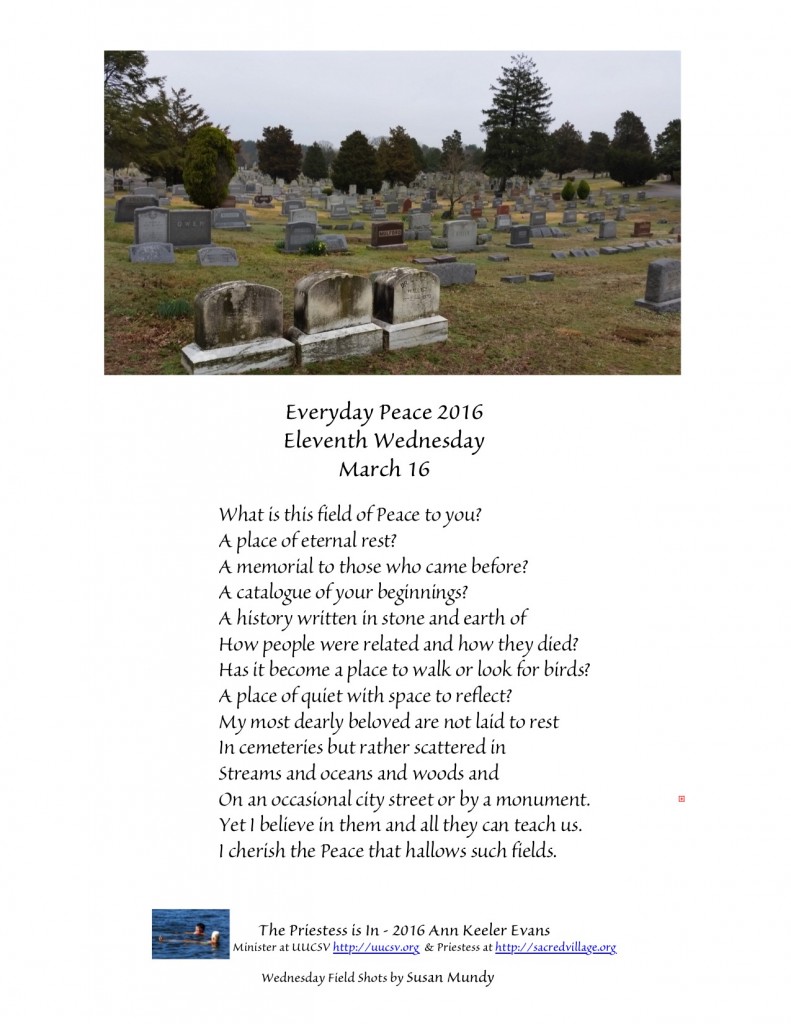