There’s a lot of use of the word fools these days, but all of them are derogatory.

The Fool is a clever character. He speaks, always to Truth. In some Native traditions, he is known as Coyote. In Courts in Europe, he was known as the Jester. There is longstanding mythology in the Christian tradition of the Christ Consciousness as the Fool. the one who dares the impossible and the unthinkable good. The one who walks for Peace.

As with many things, it’s a much better notion than practice. Jesters were often abused. Coyotes have been chained. We too often look at with April Fools’ Day as an opportunity to make someone else uncomfortable and to laugh at their expense… hopefully kindly… ? What if next year we set a goal to prank for Peace? hmmm

But the underlying personality of the Fool is one we might pay attention to. He’s a Peacemaker. There are many styles… which one is yours. 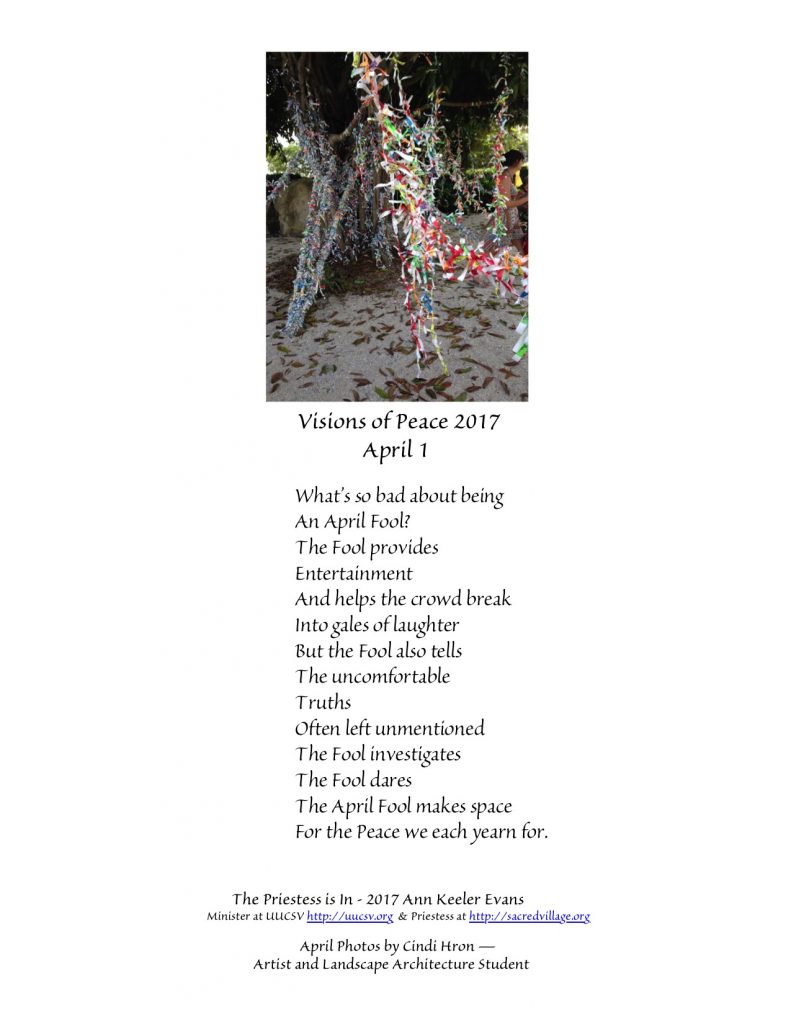